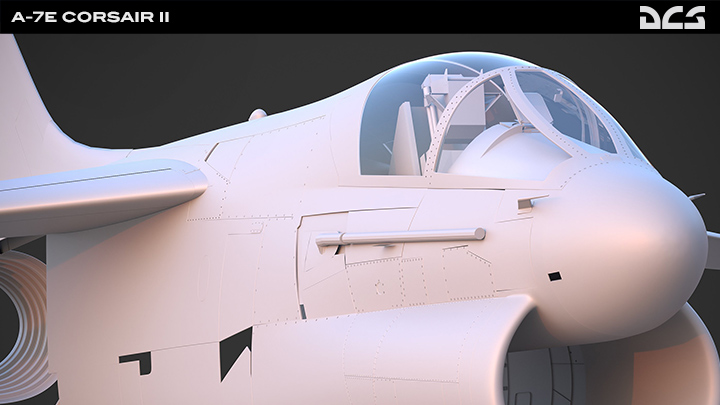 With the core of the fuel system in place, the team’s next focus will be on integrating
cockpit switch functionalities, gauges and displays. Work has also begun on the electrical
system, which powers avionics and sensors. This is highly detailed work and one of the
developers top priorities.

The instantaneous turn rate was tested and improved. It was noticed during this test
that maintaining near-stall AoA was a bit tricky due to buffeting.

We have tuned our buffeting model to match the reference charts and then, the tests
were conducted again in the same conditions. Load factor fluctuations are now gone,
resulting in the ability to maintain near-stall AoA.

The GAU-8/A “Avenger” 30mm hydraulically driven autocannon has received an
improved set of sound effects to take advantage of better doppler shifting, sound
delay between round impacts, round flight and cannon fire effects. The seven barrel
gatling-style gun is capable of delivering 4,200 rounds per minute, striking fear into
any surrounding enemies.

Check out the new sound A-10 GAU-8/A Updated Gun Sounds.

We would like to share the Flaming Cliffs 2 soundtrack, which was produced in-house by
Darth Dmitry Baikov, our lead developer specialising in network, content distribution
and the sound engine. This track is now available, check it out.