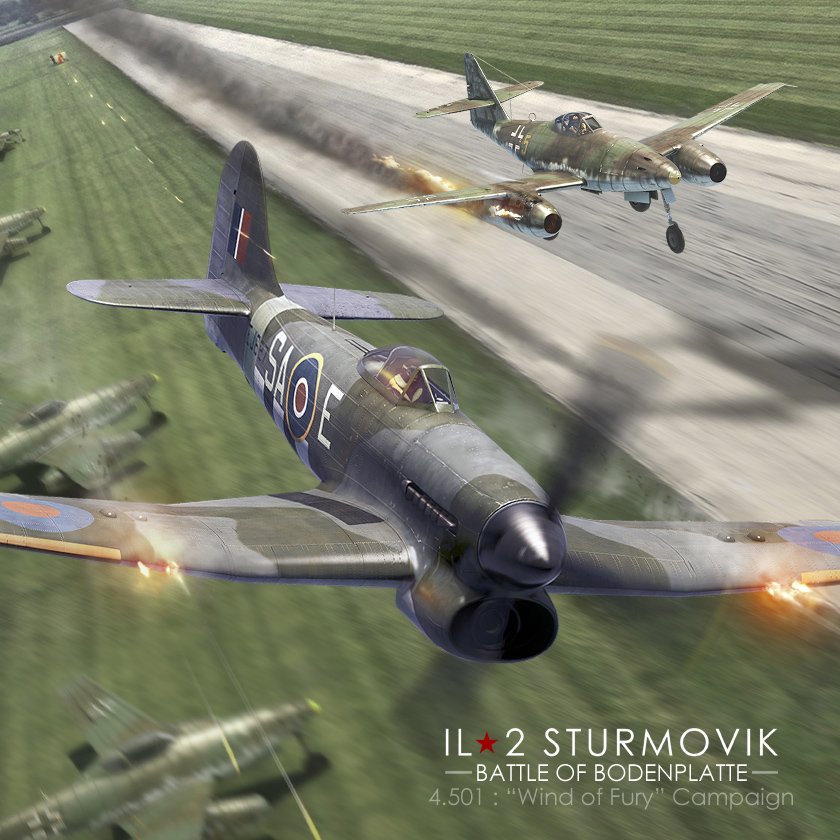 We just released the new update - 4.501. Its shifted version number means it is a kind of a milestone and it really is. First, the research we did on the community opinion on the aircraft spotting allowed us to make many improvements to this important part of the sim. The distant LOD scaling system has been adjusted, their lighting has been made full, atmospheric haze option and an increased MSAA level have been added. We're sure that this update will make the online multiplayer experience totally different from how it was before. Now our next target, for the next update, is the improved pilot G tolerance model we do after asking the community taking the account the new reference data provided by the community members. 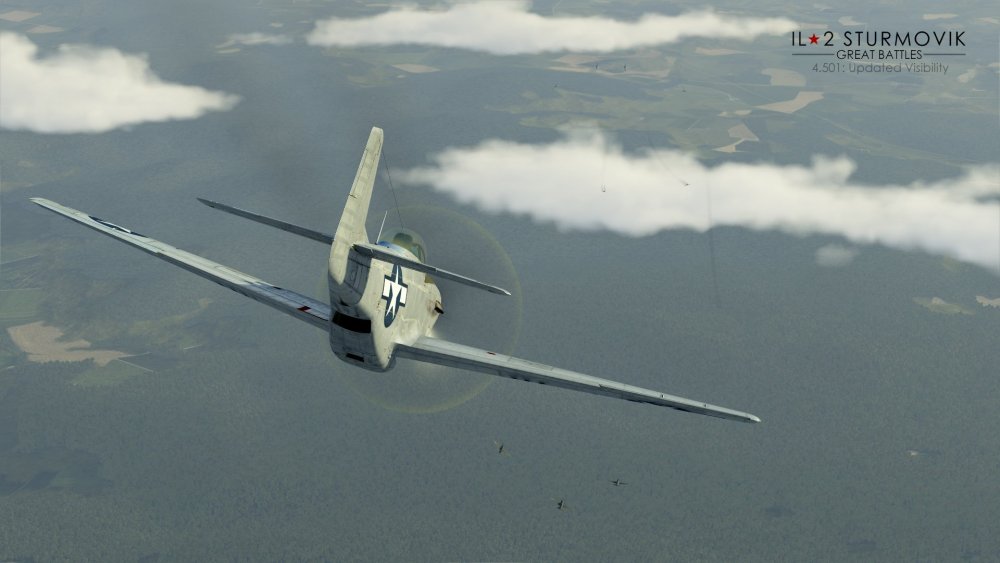 In addition to these very important changes, today's update brings you the new campaign 'Wind of Fury' by Alexander =BlackSix= Timoshkov that is included in the Bodenplatte module. This means that our promises on what Bodenplatte will include are finally fulfilled. Of course, it doesn't mean we'll stop improving it, for instance, now we plan to improve the Rhineland Career mode. 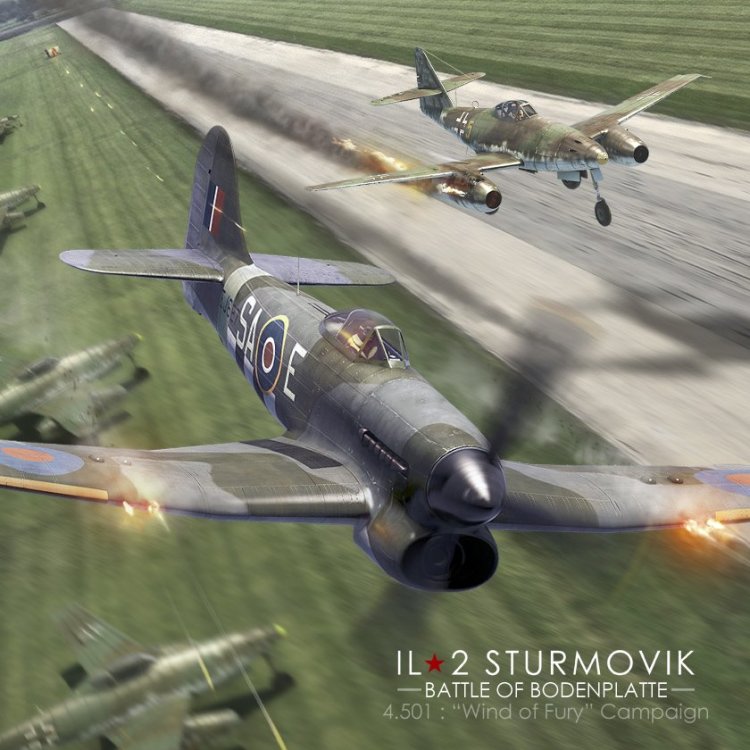 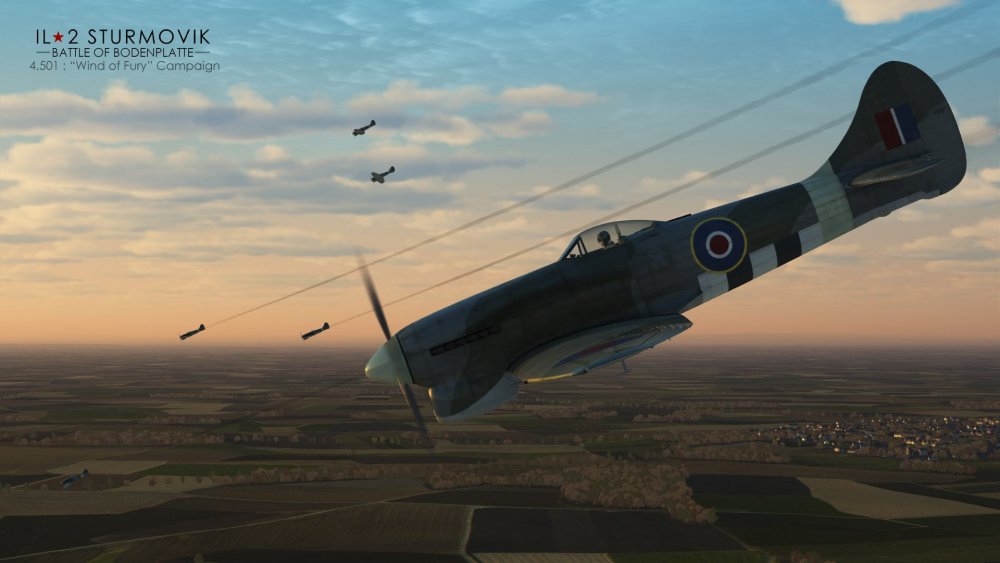 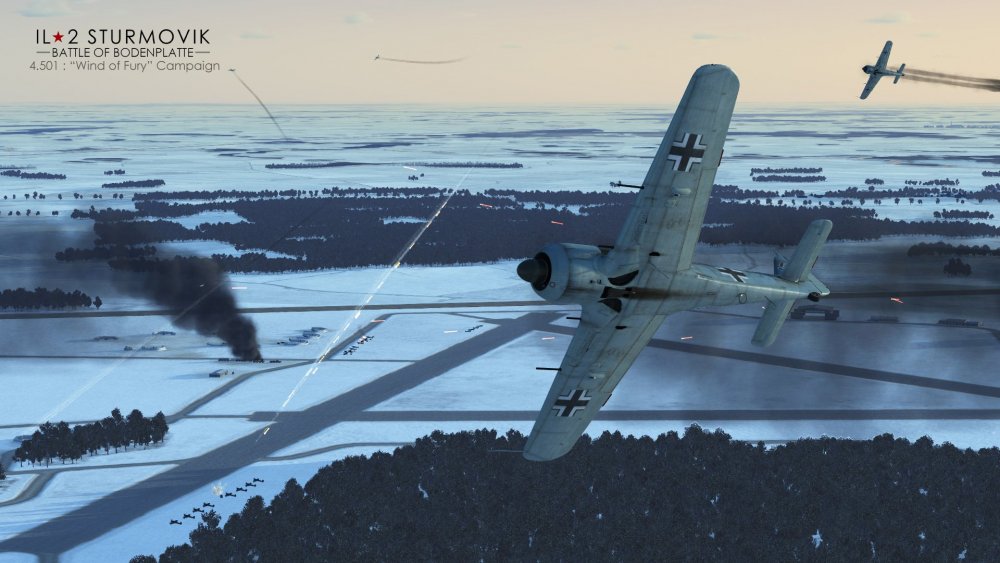 Also, P-39L-1 "Aircrobra" (Battle of Kuban) and Bf 109 G-6 now have 4k quality external texturing created by Martin =ICDP= Catney. The work on bringing all the aircraft in the sim to 4K texturing continues. 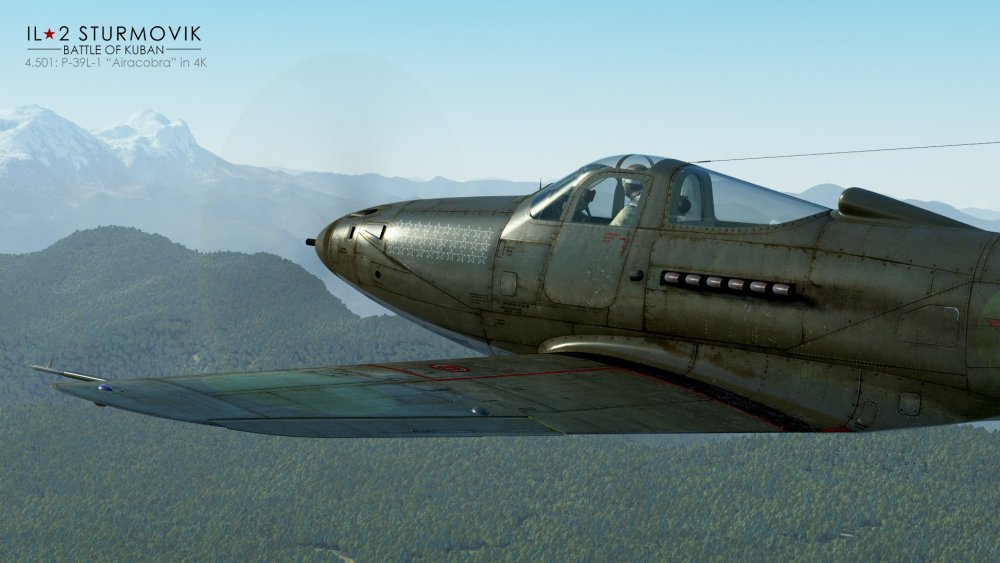 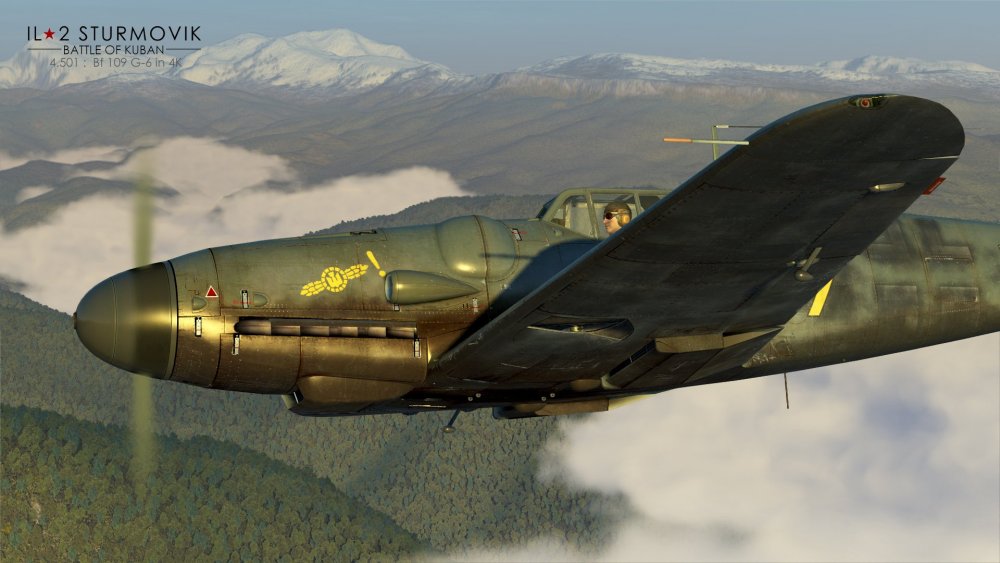 Tank Crew gets the last planned features for its release in this update, making 4.501 a milestone for it as well. The new turret and gun control mode and fixed visor cameras were requested by the community for a long time and they are available now. 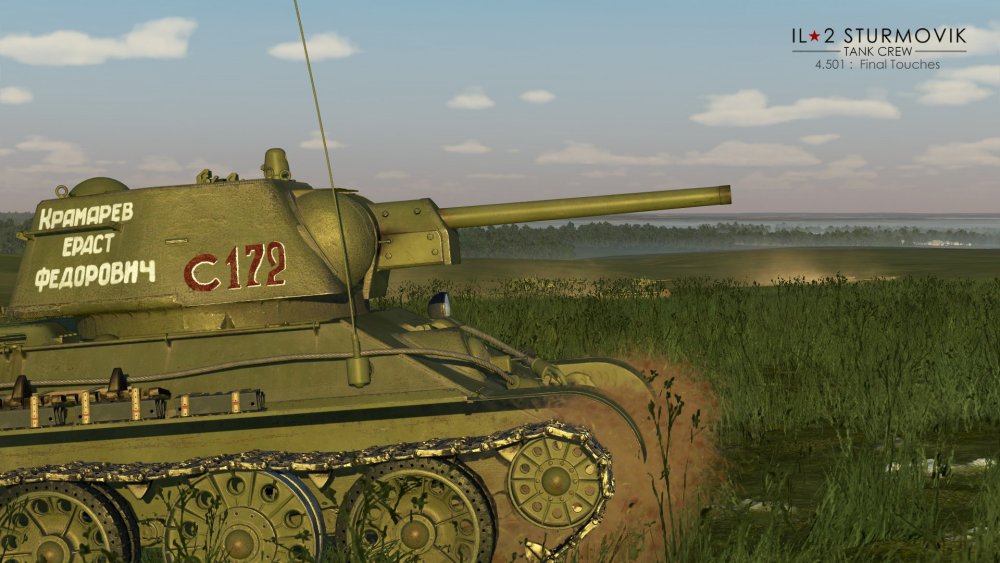 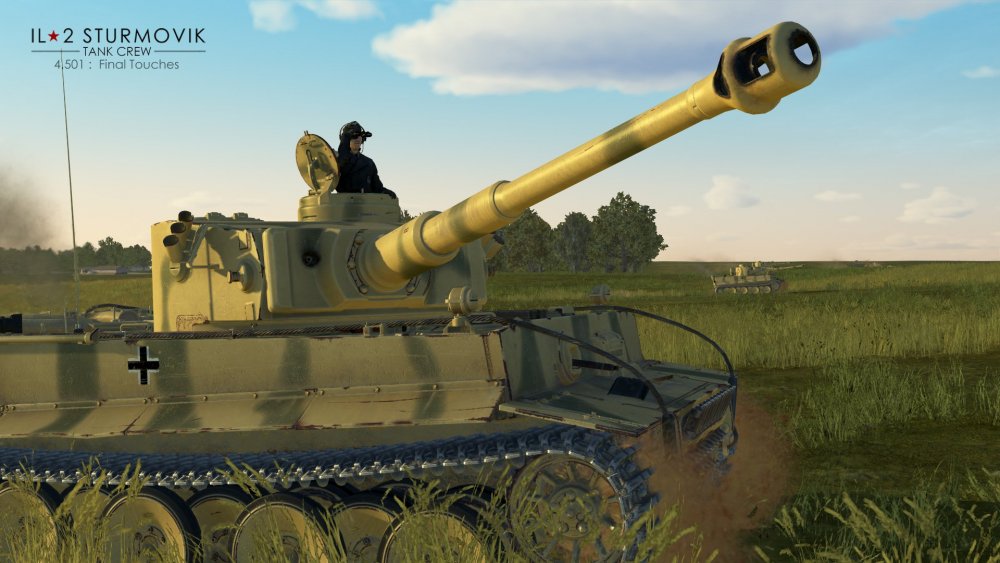 We think that this update will mark an important step for our sim and we hope you'll enjoy it!

1. The new scenario campaign "Wind of Fury" is now available to all owners of the Bodenplatte project for free;
2. P-39L-1 "Airacobra" and Bf 109 G-6 fighters now have 4K quality external textures created by Martin = ICDP = Catney;
3. The long-range LODs scaling system for aircraft has been adjusted. Aircraft spotting at short to medium distances, especially when using wide camera angles, is greatly improved. The visibility at distance has been adjusted to be closer to reality.
4. Alternate Visibility has been renamed Enhanced Visibility: this mode gives a much greater increase in aircraft visibility at long ranges compared to the new standard visibility. At medium ranges, visibility is also significantly improved compared to the old Alternate Visibility option;
5. MSAA x8 option has been added, but please note that this level of AA is very demanding to the graphics card performance;
6. The atmospheric haze density option has been added to the Quick Mission Builder. Its minimum value corresponds to the haze density available earlier;
7. Dawn/Dusk Fog option has been added to the Quick Mission Builder. This option is available only when the haze density is set to half of the maximum value or more;
8. The haze density option (from 0.0 to 1.0) is now stored in a mission file. Radiation fog appears at dusk if the value of the haze is more than 0.5 and the weather preset name contains an odd number at the end. The denser haze makes it easier to spot other aircraft against the background of the landscape when the distance from the observer to the target is much less than the distance from the observer to the landscape behind the target. This can be used when designing multiplayer missions for game servers;
9. Distant levels of detail (LODs) of the aircraft now have the same surface material setting as closer and more detailed LODs, making the lighting of distant aircraft much more realistic and enabling reflections and glints when the relative position of a contact, an observer and the light source(s) is right;
10. In a multiplayer game, a tooltip has been added to the list of game servers when hovering the mouse cursor over the difficulty preset icon. This tooltip displays all the difficulty settings of this multiplayer server;
11. This information is also available in the multiplayer server lobby (“About the server” section);

15. New control mode allows aiming a tank gun using a joystick (or buttons);
16. Aiming the tank guns and machine guns with the mouse is more convenient;
17. Fixed cameras added to tank visors and other observation devices. Loader viewing devices are, most often, can be used from the gunner's station. You can cycle the views using LShift + V keys;
18. The target marking cursor when giving orders as a tank commander is visible at any settings;
19. The current sight or observation device is indicated;
20. In multiplayer, a connected player in someone else's tank will correctly see the messages from the loader and see the ammo information in the HUD;
21. The time required for repairing the tank systems outside the service areas is doubled;
22. The projectiles correctly penetrate the armor if they hit certain extremely thin areas of the object's surface (a rare issue);
23. Ferdinand: the inverted direction of inclination of the panoramic viewing devices has been fixed;
24. An SPG AI gunner correctly fires at an invisible target by the order of the SPG commander (using the direction and range);
25. Fixed the issue where the AI gunner did not follow the commander's instructions to choose the ammo type in certain situations;
26. Pz-III-M: the KFF 2 binocular periscope is functional (when using the camera selected by LShift + V);
27. SU-152 commander can't use the panoramic sight when unbuttoned;

28. Fixed an issue with parts of the canopy and cockpit instruments that could not be restored after repair;
29. Flare gun and sidearm ammo can be replenished in the reload zones just like other ammo;
30. SdKfZ 251 and similar vehicles and tanks can function as supply vehicles if set this way in the Mission Editor;
31. The dawn/dusk fog level has been corrected on Moscow, Stalingrad, Prokhorovka, Velikiye Luki, Lapino and Novosokolniki maps, it appears in the lowlands;
32. Due to the introduction of the atmospheric haze option, the issue of the dawn/dusk fog blinking near the horizon has been minimized;
33. The difference in the density of atmospheric haze is minimal when using the minimum (40 km) and maximum (150 km) visibility range options;
34. For a tank crewmember to recover from the loss of consciousness in the event of powder gases poisoning it is required for the air to become noticeably cleaner (now the loss of consciousness will last longer);
35. Fixed a graphical artifact at the base of the La-5FN headlamp switch;
36. Fixed the lack of sound when releasing or retracting the landing gear on I-16 and Ju-88;
37. Added the Spitfire IX invasion paint scheme.