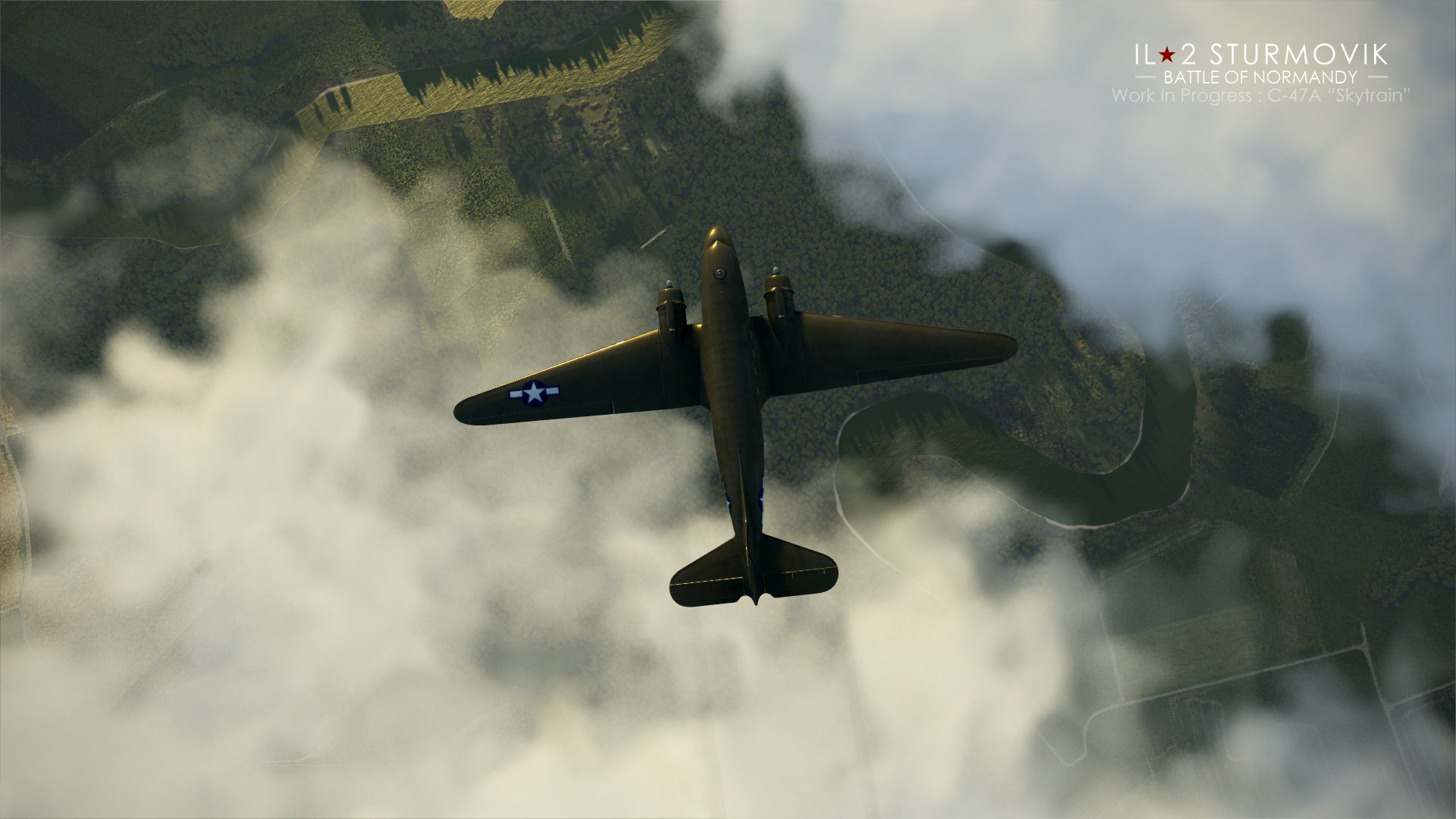 Although this crazy sequestered summer of 2020 is coming to an end, life goes on, and our work goes on. Many things are happening in our “virtual office” including finishing a new Free Scripted Campaign for Battle of Bodenplatte featuring the Tempest Mk.V called “A Violent Wind” built by Alex Timoshkov. Also, as a result of recent discussions in the community, work is underway to improve general aircraft visibility, which we hope will appear to be both realistic and more comfortable for players. This may require more than one future update to fully conquer, but we’ll see. Additionally, there is some progress towards the completion of the Air Marshal feature which has taken much longer than planned. We’ve also had to build up technical capacity in the field of map production, which is necessary to implement everything planned for the Normandy landscape. And as always improvements to the AI for both aircraft and ground vehicles continue.

Our engineering department is fully engaged in the development of flight models of three aircraft - the C-47, Bf-109G-6 Late and the Spitfire Mk.XIV, while at the same time work on deepening the model of aircraft fuel systems is in the research and prototyping stage. Creating the technical specifications for all aircraft and other objects of for Battle of Normandy is coming to and end which is was a huge and complex research task. Completion of this allows Viks to now focus some attention to the Career mode. At the moment, 3D models of several aircraft are at various stages of development - the Hurricane, P-51B, Spitfire Mk.XIV, Bf 109 G-6 Late, Mosquito, Typhoon and C-47. It is the last aircraft from this list, the twin-engine C-47 military transport, that today we are ready to show you in the game world: 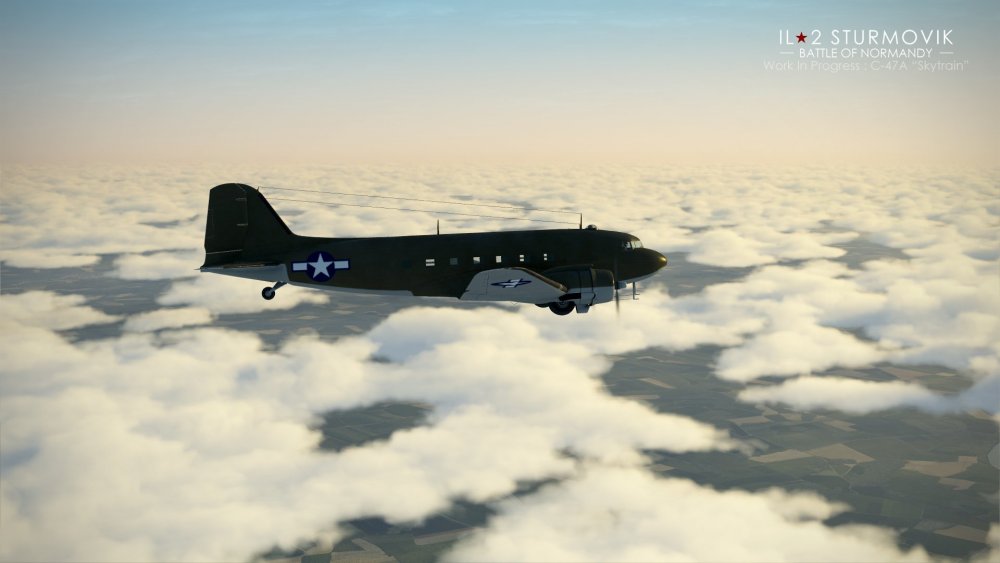 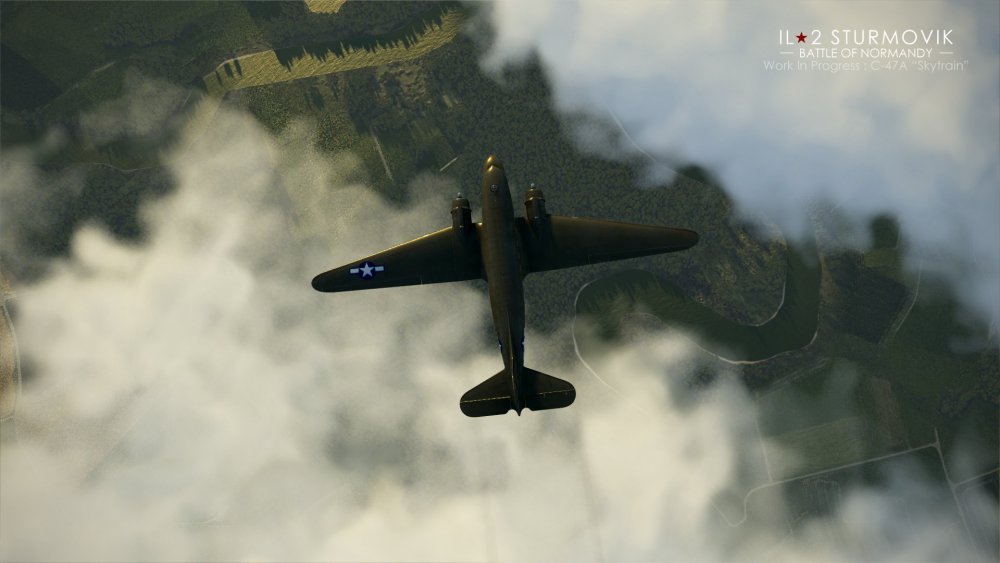 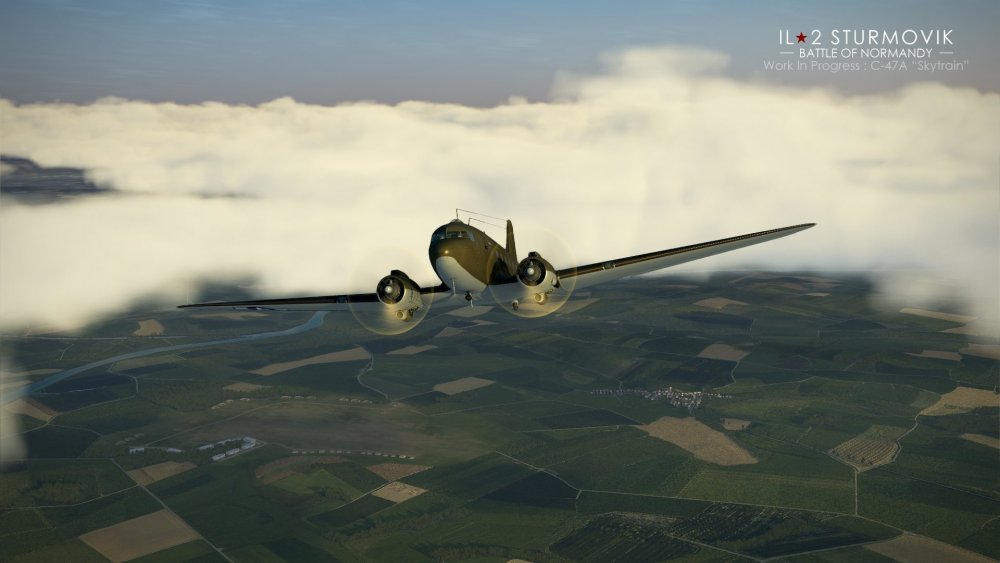 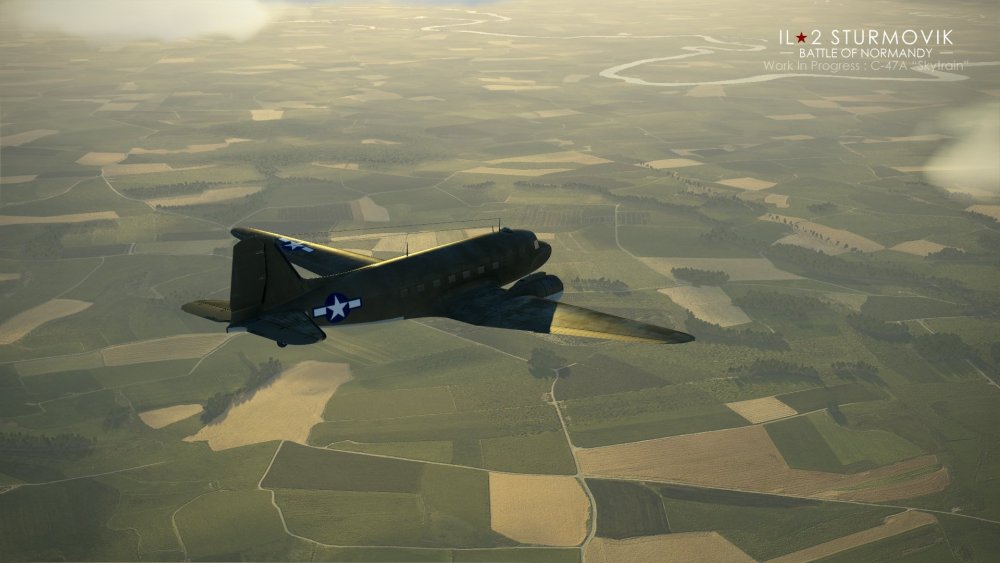