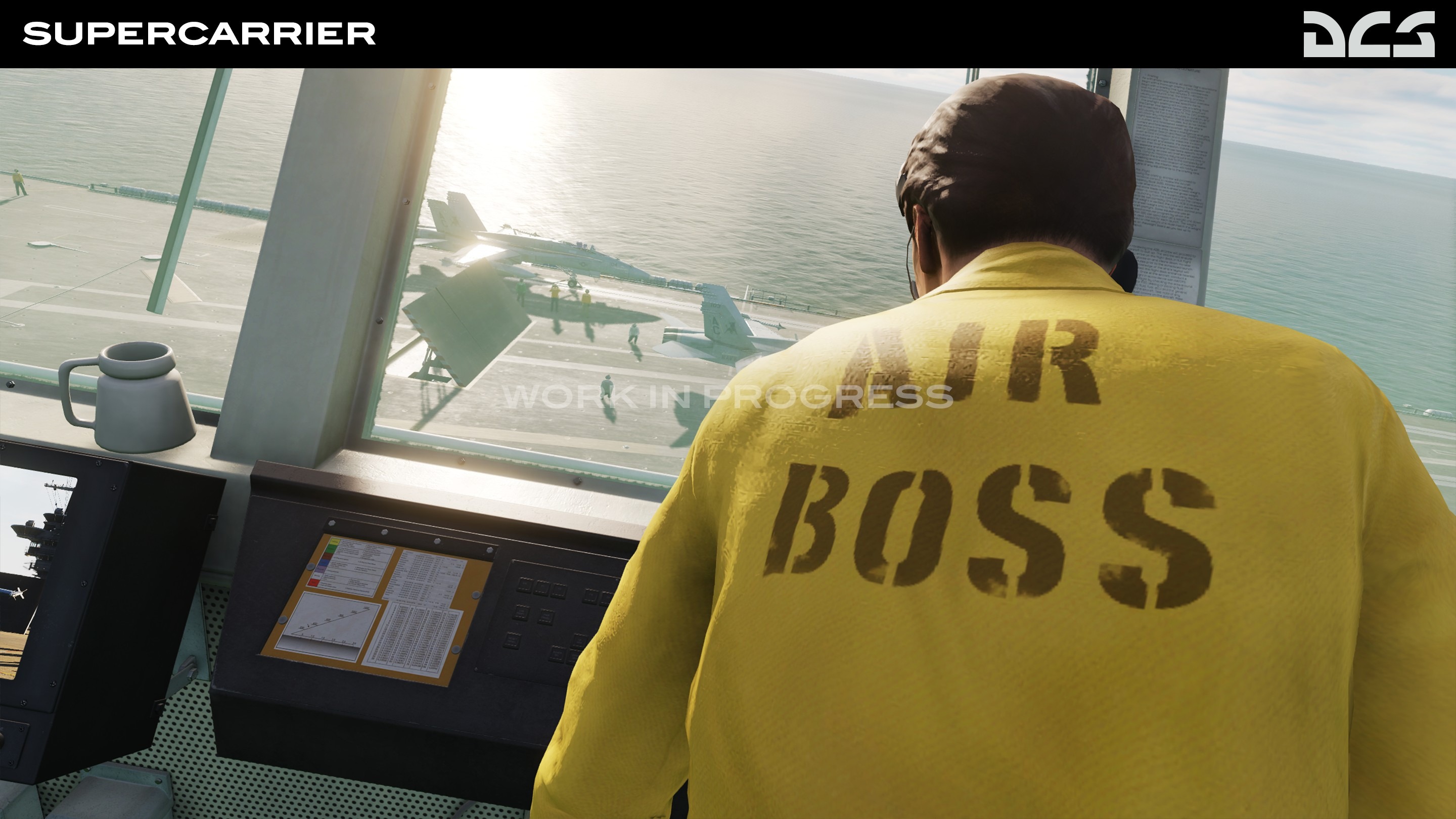 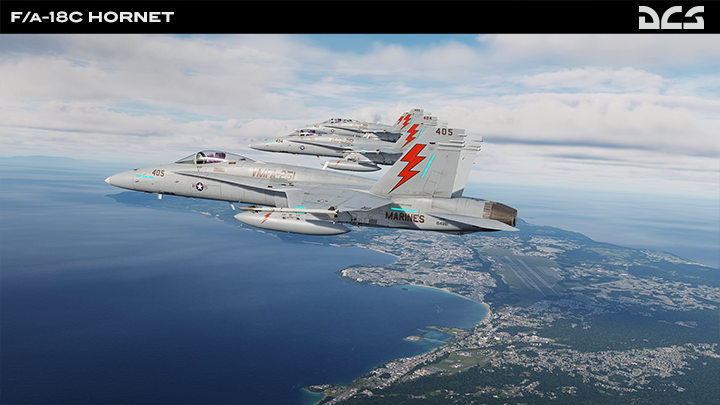 Flight Model (FM) and Flight Control System (FCS) Update. Our flight model and FCS have both come a long way and we will continue to enhance flight performance and handling characteristics which will include a complete review of the FM in ground effect. We also plan to refactor landing gear mechanics in order to enhance landing realism as well as touch-and-go behavior.

Radar Update. In parallel with refactoring the Flight Model and FCS, a refactoring of the Hornet radar is well underway. Key elements to address are improving the look-down, PRF, scan azimuth and more in order to offer improved detection and target tracking simulation.

GPS Weapon Lofting. An important weapon delivery option for JDAM and JSOW weapons is the ability to loft for extended range. There are several HUD and HSI changes that we plan to make this year to enable this enhanced delivery profile.

New Pilot Model. Whilst the Hornet already features a cockpit-view pilot model, we are creating a much improved and more realistic model with corrected kit elements, and have more life-like animations.

New Fuzes. Currently, the Hornet bombs only have contact detonation fuzes like the M904 and M905. In 2023 we will be working on new fuzes such as the DSU-33 airburst fuze and the FMU-152 Joint Programmable Fuze (JPF). Unlike other fuzes that must be programmed while the aircraft is on the ground, the JPF allows fuze programming while airborne.

In addition to the cockpit functionality to support these fuzes, changes will also need to be made to the Mission Editor, visual effects, and weapon damage effects to include them. Not a simple task.

Data Transfer Cartridge (DTC) and MUMI Page. After completion of the F-16C DTC, we will begin work on the Hornet DTC and MUMI page that will allow users to preconfigure mission elements like waypoints and their sequences, datalink, countermeasures, weapons, sensors, and more. This is planned for both the Mission Editor and Mission Planner.

ALR-67 Updates. The Hornet will see new symbols and enhancements added to the ALR-67 radar warning receiver. Some of these include emitter jamming, FLIR assignment, HARM assignment, and different radar types.

The above are our primary Hornet focus items for 2023, but they are by no means exclusive. We will continue to fix bugs and tune items, light external lights, as needed. Other elements that we plan to work on after the above include the HSI Slew function and further Multi-Source Integration (MSI) options. 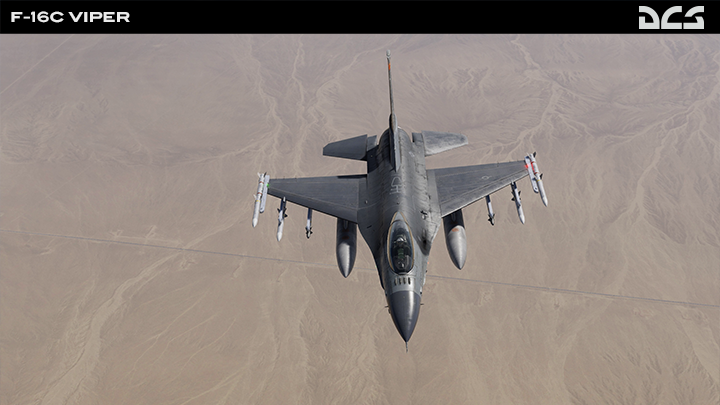 Probably more so than any other Eagle Dynamics fixed-wing aircraft, the Viper saw the greatest amount of improvements in 2022. Building upon this, our goal is to complete all advertised features in 2023.

You will see the inclusion of the tail hook and alternate landing gear handle in the January update. Items planned for later in the year include:

Improved Radar Warning Receiver. The ALR-56M will be seeing a significant improvement this year that will better match its real-world counterpart regarding symbols, tones, and behavior. The final stage of this will be the inclusion of the Handoff function with the ability to hear unique radar pulse repetition frequency tones.

Cockpit View Pilot Model. Following the completion of the new Hornet pilot model, we will do the same for the Viper. This will be a high-detail model of a USAF/ANG F-16 pilot circa 2007 with correct kit and lifelike animations.

Radar Update. The same work going into the Hornet radar update will also apply to the Viper’s radar. This will result in even more realistic radar detection and tracking capabilities.

Air-to-Air Datalink Assignment. Using the Improved Data Link Modem (IDM), players will be able to assign wingmen 2, 3, and 4 air-to-air targets using radar. This will only come after the DTC/DTE features are complete, and this may push past 2023.

Following these priority items, we will also work on the radar Velocity Search mode, the Digital Maneuvering Cue (DMC), JDAM/JSOW loft indication, the Sniper ATP targeting pod, and ALE-50 towed decoy in 2023 and later. Like the Hornet, fixing bugs and tuning features will be ongoing and in parallel to adding new features. 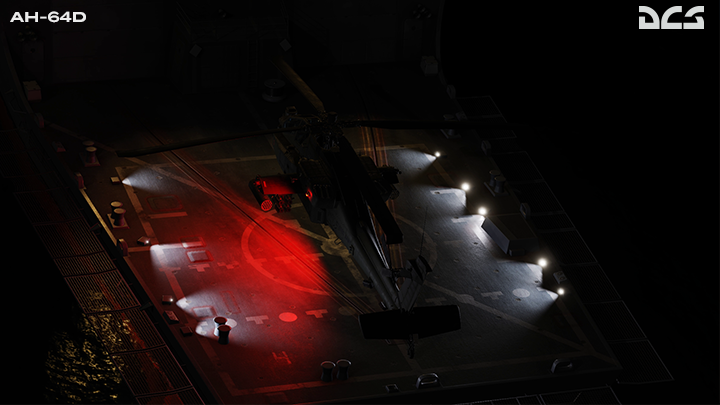 The AH-64D is an exceedingly complex aircraft with much work still to do. The biggest tasks underway are the introduction of the AGM-114L radar-guided Hellfire missile and implementation of the Improved Datalink Model (IDM) that will allow flight members to exchange their location and targets. In parallel with these two important tasks, we are also working on the following in 2023:

Improved Flight Model and Stability and Control Augmentation System (SCAS). Compared to fixed-wing aircraft, a rotary-wing aircraft like the AH-64D can be a handful to fly, and a helicopter’s flight model is a very complex simulation to get properly implemented and “dialed in”. The AH-64D’s Flight Management Computer operates using a substantial series of logics to govern the SCAS, which can be almost as complex as the flight model itself to implement. We are continuing to refine the SCAS to make flying this aircraft a bit easier by adjusting the collective channel behavior, tuning the yaw offset, eliminating the roll when ham-fisting the collective, and adjusting the hold modes.

Fire Control Radar (FCR). The FCR is one of the features that significantly adds lethality compared to the older A model. The FCR will be able to scan for, detect, classify, and cue weapons to both air and ground units. This will be one of our team’s larger tasks for 2023.

Laser Spot Tracker. In addition to laser self-designating, the AH-64D will also detect and track a laser from an off-board designation source like another aircraft or a JTAC.

Laser Warning Receiver. Our AH-64D can already detect both radar emission and missile launches, but it will also be able to detect and warn you of being laser designated. A laser designation is a good indication that you may have a tank round or laser-guided missile coming your way.

Radar Frequency Interferometer (RFI) and Radar Jammer. The RFI is part of the FCR, and it can provide the location of radar emitters in range and azimuth and the radar jammer and reduce the effectiveness. We plan to work on these after the above items, but they may be 2024 development tasks. 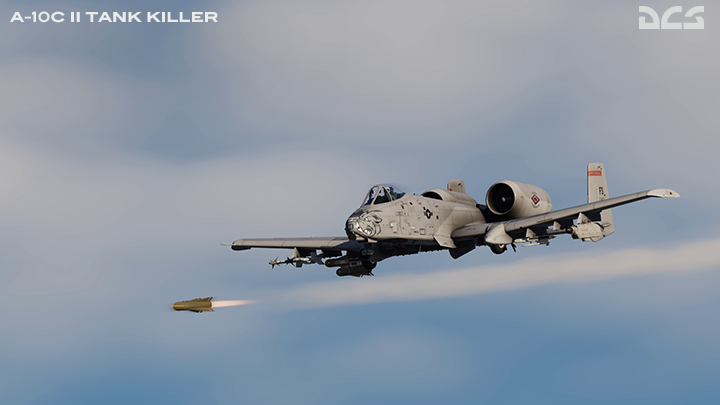 The remaining feature for this module is the ARC-210 radio.  This is nearing release, and it will feature UHF and VHF functions with related Upfront Controller (UFC), STAT page, and COMM page updates. This will add one ARC-210 radio and remove one of the two VHF radios.

Following its release, we will then add satellite communications into the DCS World for all aircraft where it's available. 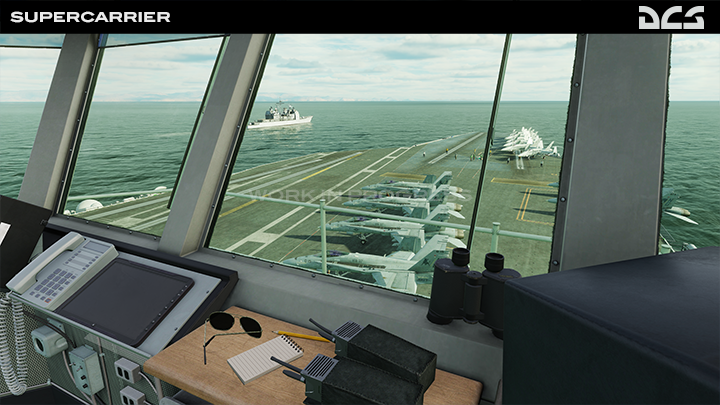 The Supercarrier has been receiving a lot of work behind the scenes. This can be divided into the following features:

Ready Room and PRIFLY (airboss deck). Both views will provide new functionality never seen before in a DCS product. To complete this, we will first need to release the Vulkan API into DCS.

Both rooms will be a 3D environment that support VR and Voice Chat that allows you to: