Based on feedback from the community, we have tuned the FLIR image level and gain settings for both the Litening and ATFLIR targeting pods, as well as infrared-guided Maverick air-to-surface missiles. The next main task is to complete infrared textures for all ships and aircraft. This will include FLIR effect improvements to explosions, smoke, and dust. 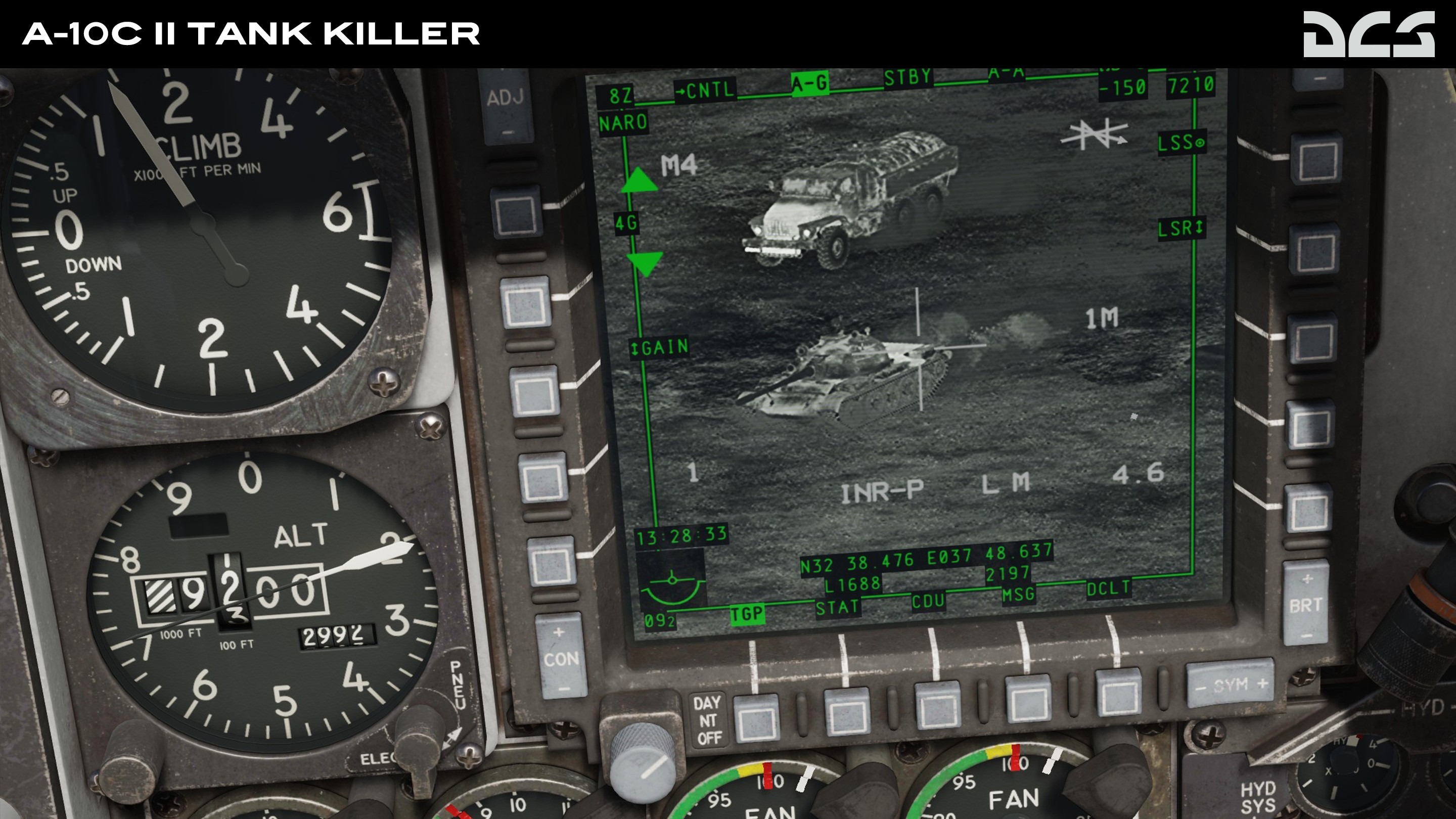 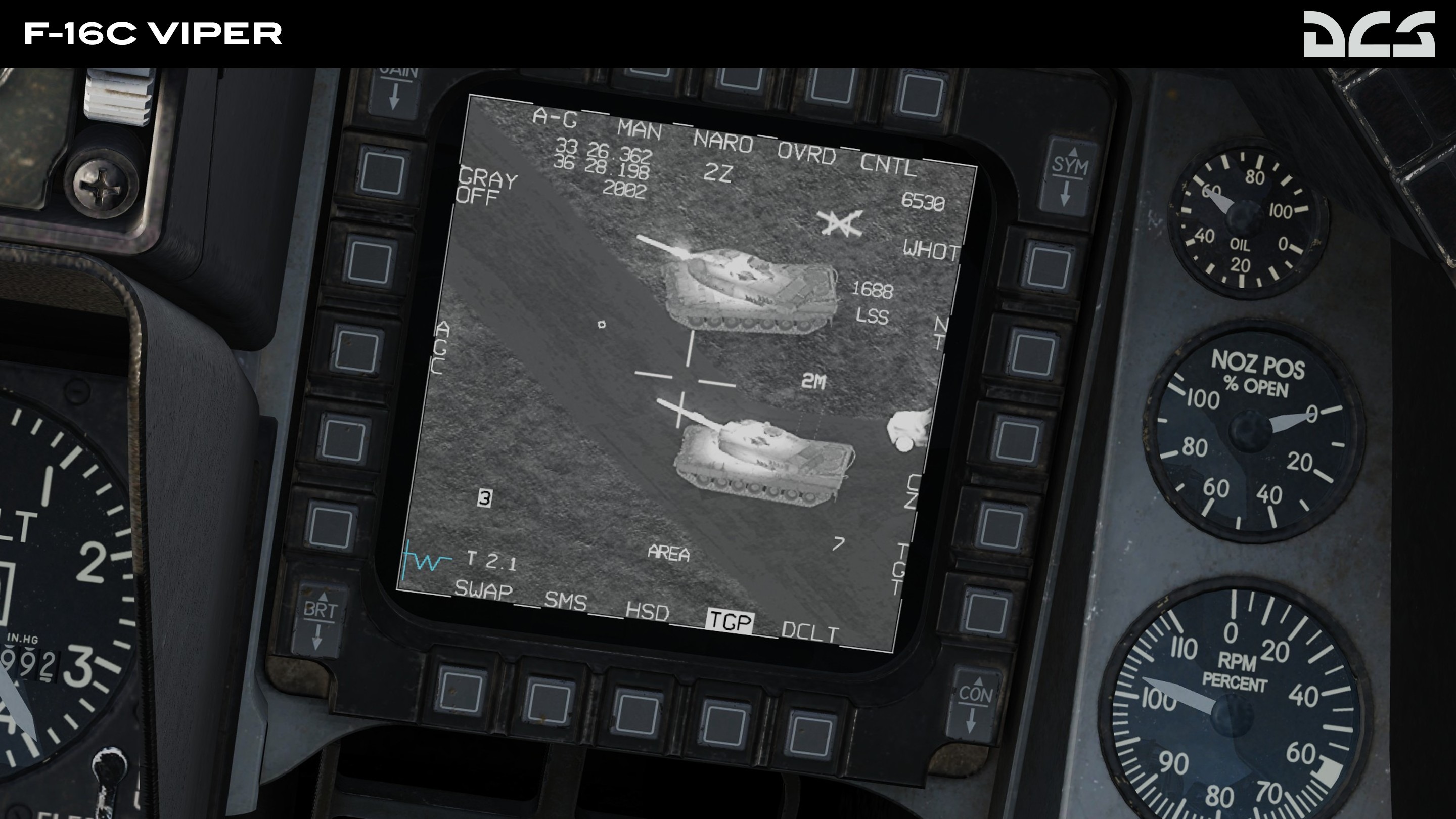 A new weapon for the Hind is the R-60M missile that will be available with the next Open Beta update. In order to use it, you will need to tick the "R-60 equipment" box in the helicopter slot in the Mission Editor, it is active by default. This will place additional equipment in the cockpit, which is used to engage and prepare missiles for launch. In reality, this equipment and its wiring is installed within 3 hours.

The APU-60-I and APU-60-II missile launchers are placed on the outer weapon rack pylons, and they can accommodate one or two missiles per launcher respectively. After the missile's power is engaged, warm-up will take 1 minute before it can be used. The pylon selector on the same panel will choose the missile launcher, and after the missile launcher is switched on, it will take an additional 10 seconds for the missile's gyros to spin-up. The R-60 missiles use the Peltier effect, which is also called thermoelectric cooling. It transfers heat from one side of the device to the other and does not use any additional consumables to cool the seeker.

The pilot uses the ASP-17V aiming sight's inner circle to aim and obtain a missile tone for launch. If the missile locks a target, its seeker is uncaged automatically and tracks the target within the seeker’s capabilities. If target lock is lost, the seeker is re-caged automatically. It is worth mentioning that the missile was used against ground targets as well and we are planning to add this capability later within DCS overall.

The Kord heavy machine gun and gunner are also being prepared for DCS: Mi-24P Hind. The new 3D character model and animations are nearing completion, and we are planning to release it in one of the upcoming updates. You will be able to mount the machine gun on the right or left side of the helicopter and it will have the same features as DCS: Mi-8MTV2 Magnificent Eight and DCS: UH-1H Huey gunners. 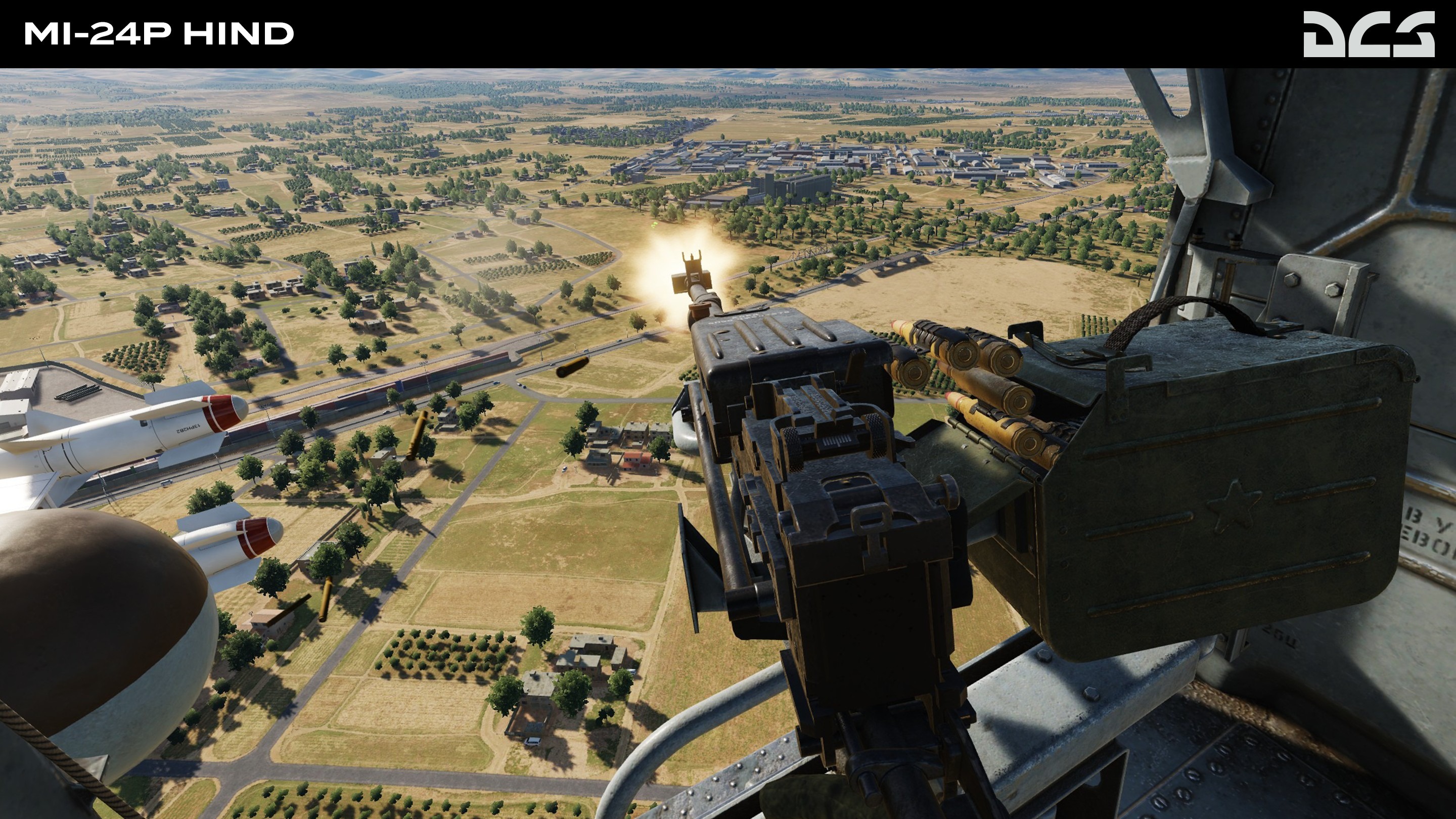 The Viper will have the ability to sustain 9.3 G when the energy state allows and the FLCS gains in landing and aerial refueling modes are also being updated. Additionally, improved stability when firing the gun, and greater negative G will be available when using Manual Pitch Override (MPO). Stay tuned for these updates, coming soon. 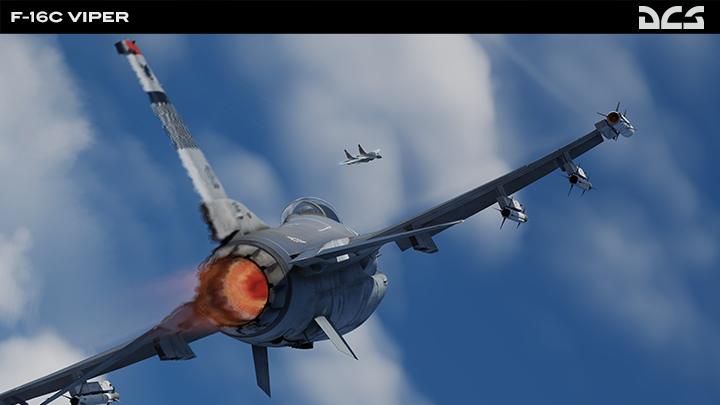