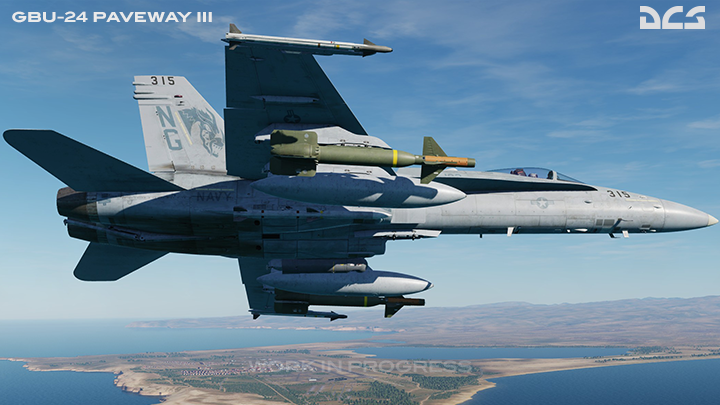 The GBU-24 is a 2,000 lbs-class laser-guided bomb with general purpose and penetrator warheads. It has advanced guidance over the Paveway II bombs and provides extended N range, maneuverability, and attack flexibility. It is designed to defeat high-value, protected targets. The Paveway III is planned for release in December 2020. 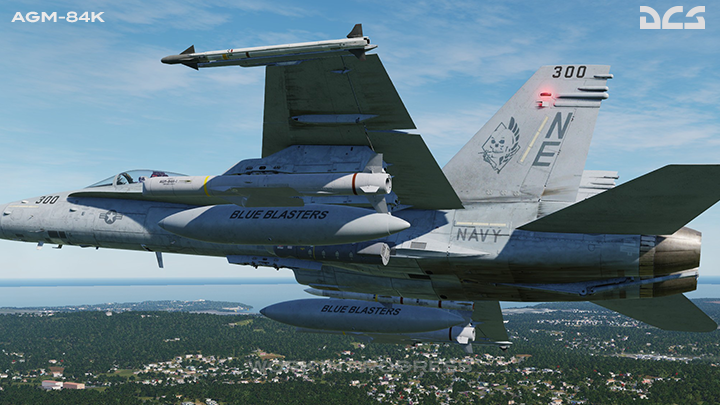 The SLAM-ER is the next land-attack cruise missile coming to the Hornet. Unlike the current AGM-84E SLAM, the SLAM-ER has greater range, a more advanced terminal seeker, a multi-steerpoint navigation system, stealthier radar cross section, as well as greater accuracy when human-in-the-loop guidance is not used.

Unlike the GBU-24, the SLAM-ER has much greater range and the ability to alter terminal targeting. We are also developing the enhanced data link video transmission for these greater distances which we plan to deliver early next year.

In addition to the current Self Protect (SP) and Target of Opportunity (TOO) HARM modes, we will be adding the Pre-Briefed (PB) mode later this month. This attack mode targets a geographic location and attempts to engage hostiles within range. Because the range is known, the HARM can be lofted and thus giving it greater range than SP and TOO modes.

We will soon be adding the SEA mode to the Hornet’s radar. This will be an effective tool to acquire and engage moving naval targets. The Harpoon can take advantage of known target azimuth and range to use the Range/Bearing Launch (R/BOL) mode for more accurate attacks. 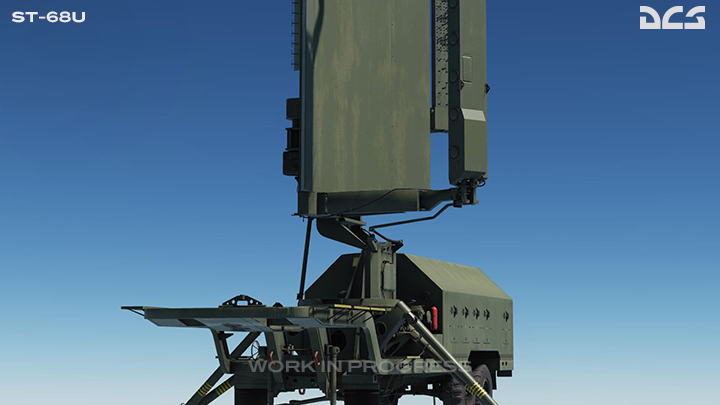 We are currently finalising the ST68U mobile three-coordinates radar station (Tin Shield NATO classification). This unit was designed to detect and track low-altitude targets in active and passive interference in the presence of intense reflections from the ground and in adverse weather conditions. It is in service with many CIS countries and the former Warsaw Pact countries. 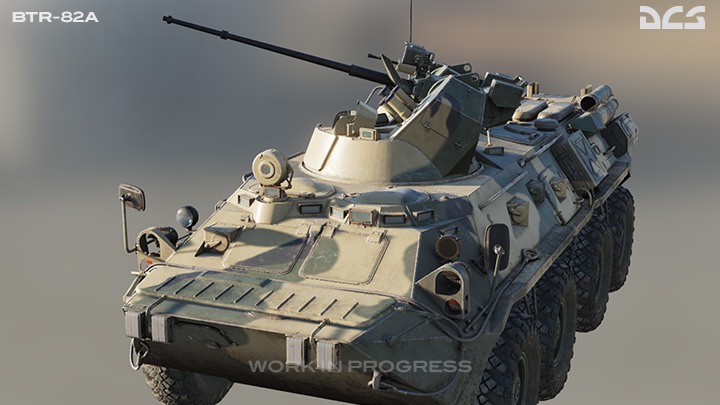 This is a seriously updated BTR-80 model. The armored personnel carrier is equipped with the 30-mm 2A72 cannon and has been realised with the troop compartment. BTR-82A is actively used in Syria during patrols by the military police.