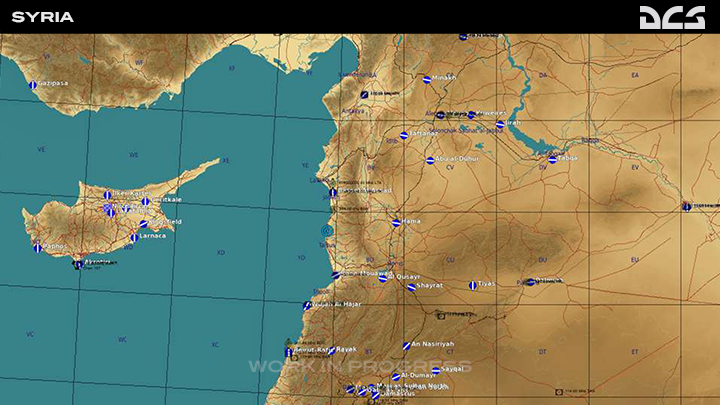 Ugra Media is currently increasing DCS: Syria to a massive 800x600 km map size. The addition
of 18 airfields is also in progress. The final version of DCS: Syria will have a total of 51 airfields
including the United States Air Force base at Incirlik, the Russian Air Force base at Latakia,
and the Royal Airforce bases on the island of Cyprus.

As a Lone Wolf Anton, you are to carry out a bombing raid on RAF Luqa airfield. Your primary
target is an aircraft pan, housing Spitfires being readied to defend the island. You are armed
with a bomb and air-to-ground ammunition belts to destroy the aircraft on the pan. Be prepared
for potential interception. Good Luck!

Four new Instant Action missions are now available for the Focke-Wulf Fw 190 on DCS: Persian Gulf.
These missions provide a great environment and use our latest mission editor features.