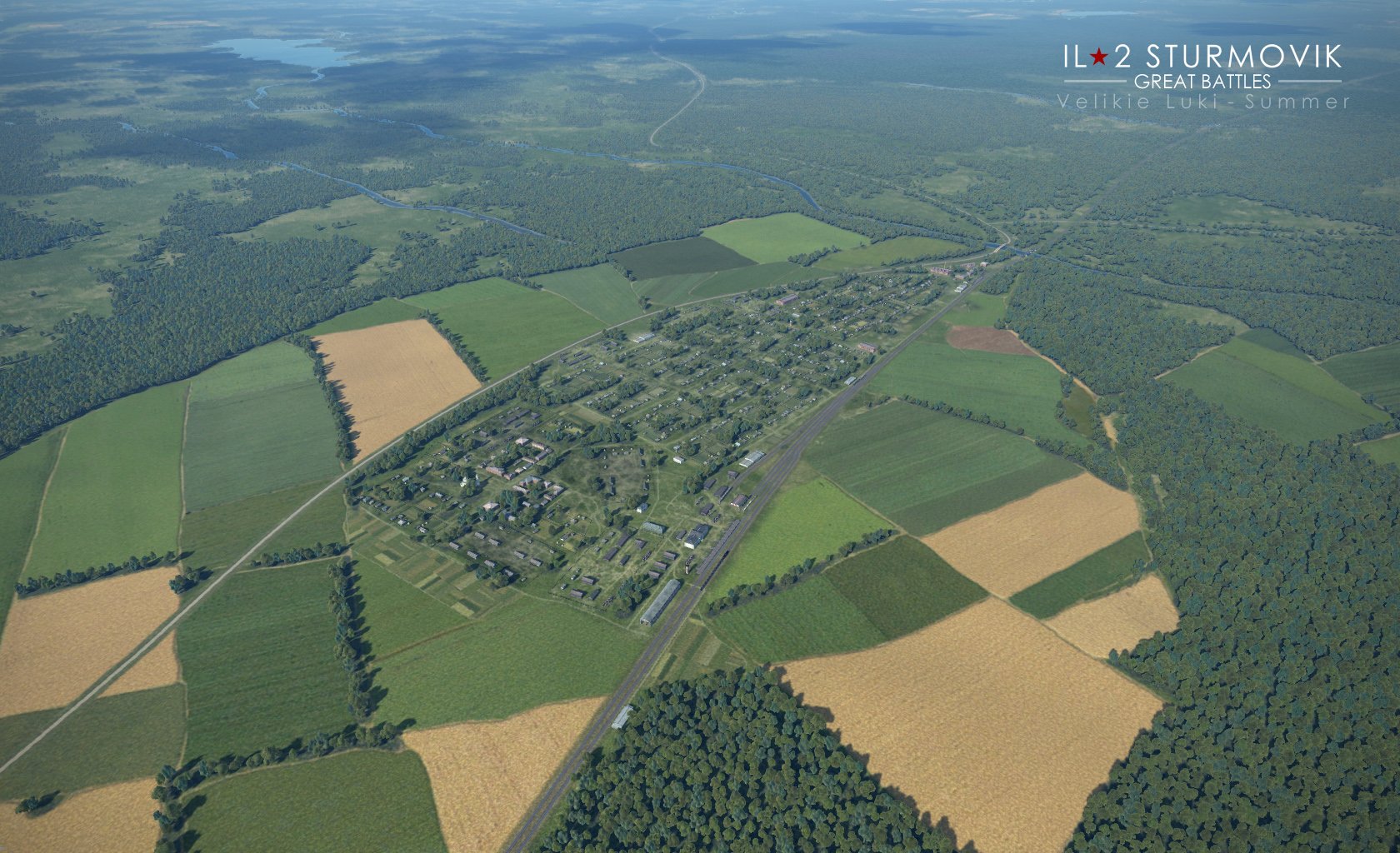 Have you heard about wave interference? It's amazing when the processes in people's lives have direct physical analogies. In particular, how topics for our journal entries appear is a good example. In the development of projects of the IL-2: Great Battles series, there are a lot of very voluminous and lengthy tasks. And sometimes it happens that the intermediate results of different large tasks appear one by one, creating a subject for the diaries. Sometimes it happens that the "wave" processes of development progress in all directions and it gets to a stage when the intermediate results cannot yet be published, but sometimes it also happens that in all directions at the same time appears something that can be gladly demonstrated. And exactly this variant of "superposition of wave development processes in different directions" happened this week, which, of course, is always pleasant.

The first thing we can show you today is a 3D render of the Hawker Typhoon Mk.Ib, the legendary fighter-bomber of the RAF, which is very much anticipated by many in our simming community. In Battle of Normandy, this aircraft will, as it should be, presented with its late version with a drop-shaped cockpit canopy, a modified stabilizer of the type used on Tempest aircraft, and with two versions of the propeller (three- and four-bladed). It will be armed with four 20 mm Hispano cannons and also rockets and bombs. Despite the fact that the aircraft belongs to the class of fighter-bombers, due to the mighty 2200-horsepower Napier Saber IIa engine (and when using the 11-pound boost and up to 2400hp), it possessed strong flight performance. All in all, it will be an extremely interesting Allied aircraft that will help its virtual pilot achieve success in battle against both the ground and air enemy forces. 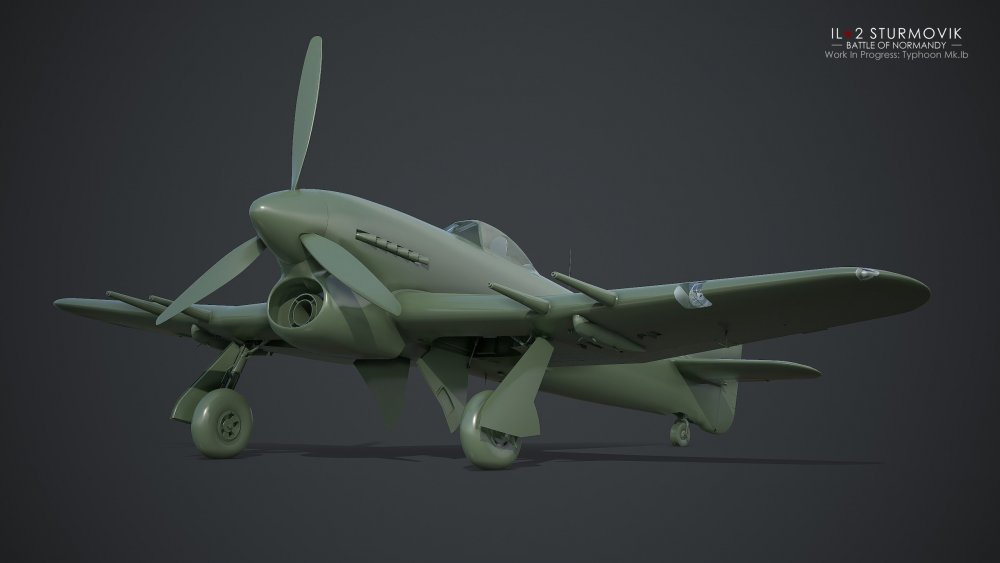 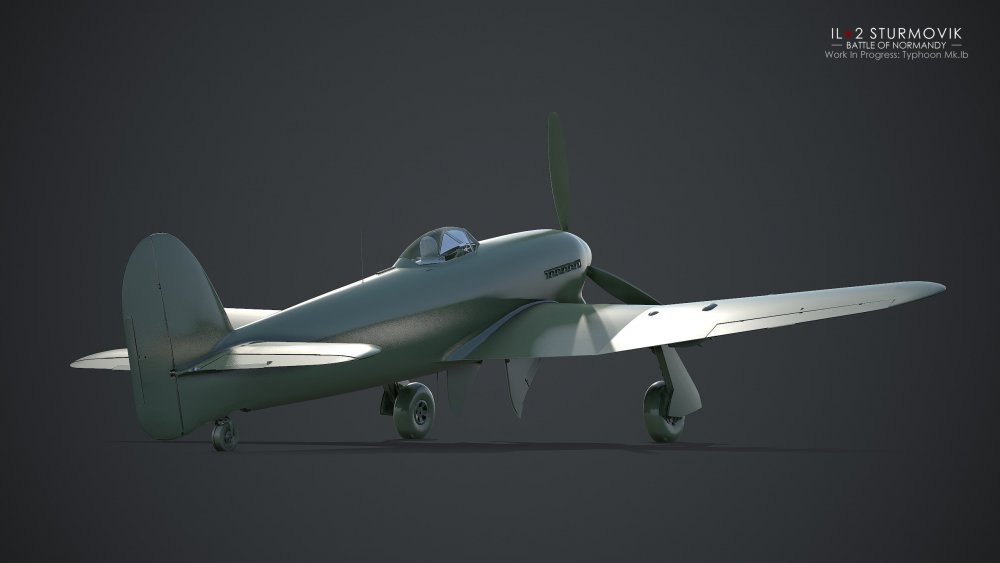 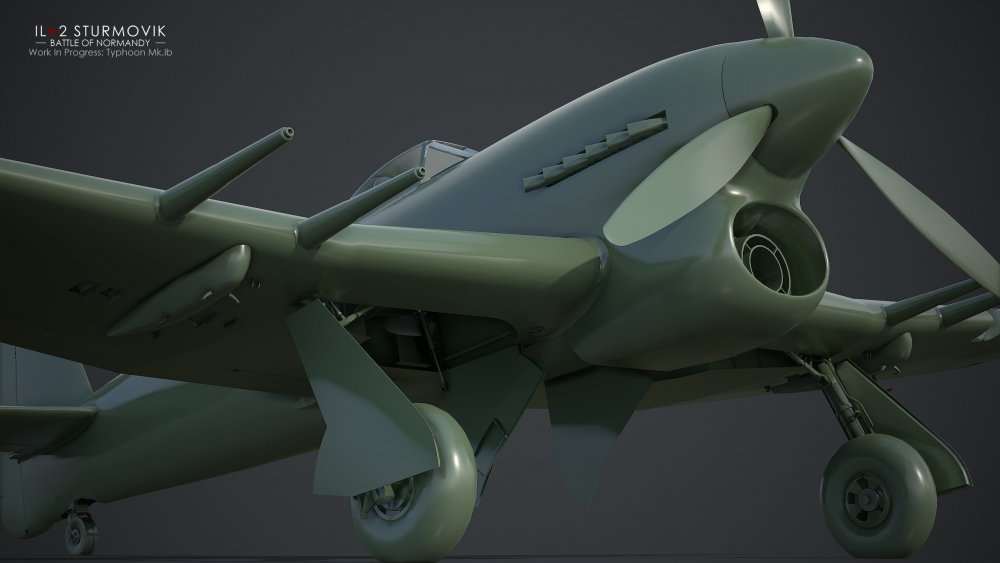 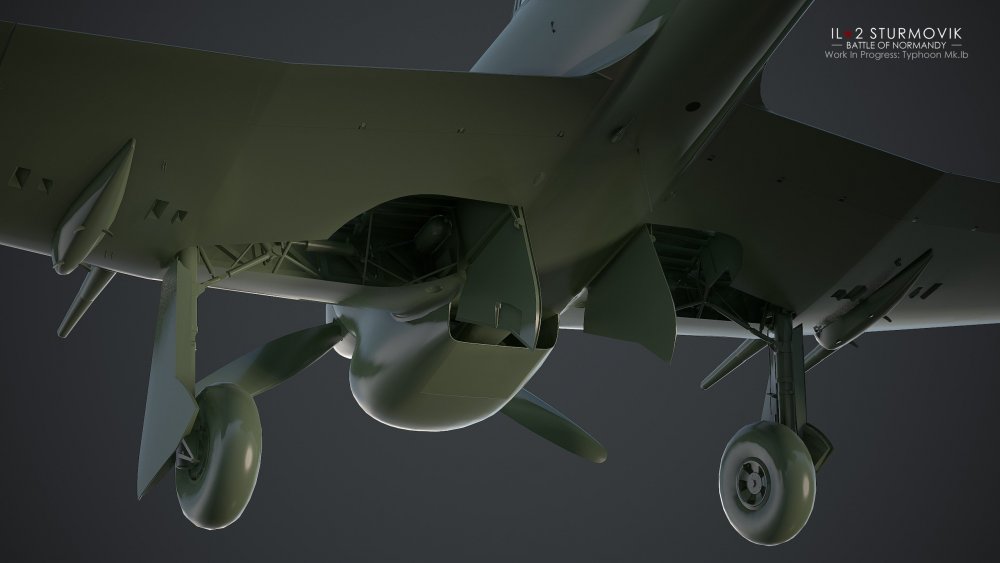 The second thing that we will show you today is important for the owners of all products in the IL-2: Great Battles series. We are talking about a new map! The new "Velikiye Luki, Summer 1941", will be made available to everyone in the next update. This map was developed on a personal basis by one of our map team-members, and although it does not include all of our most modern map tech (such as buildings with increased detail), thanks to the creativity and variety of the implemented terrain and scenery, it looks extremely interesting and will add a lot of variety in your flights. The Velikiye Luki summer map, as well as an improved and updated winter version, will be available to all players. A lot could be written about the positive aspects of this map, but it seems to us that it is better to show them in the following screenshots: 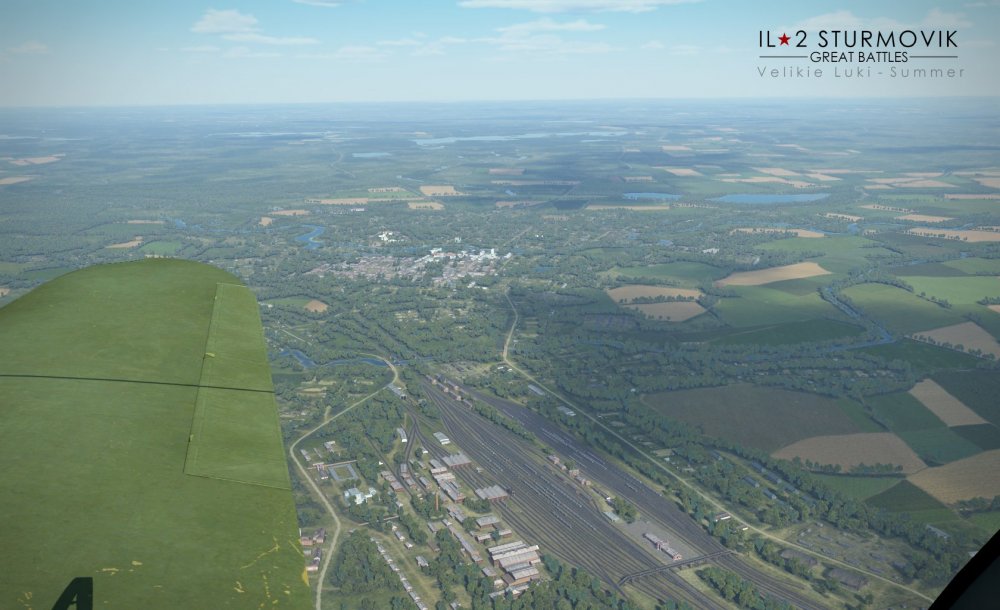 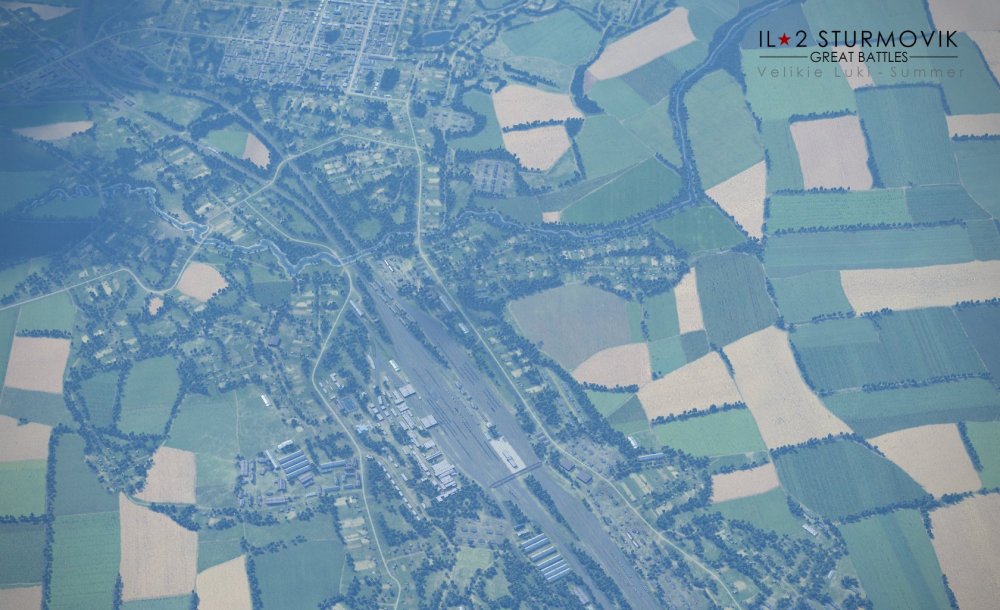 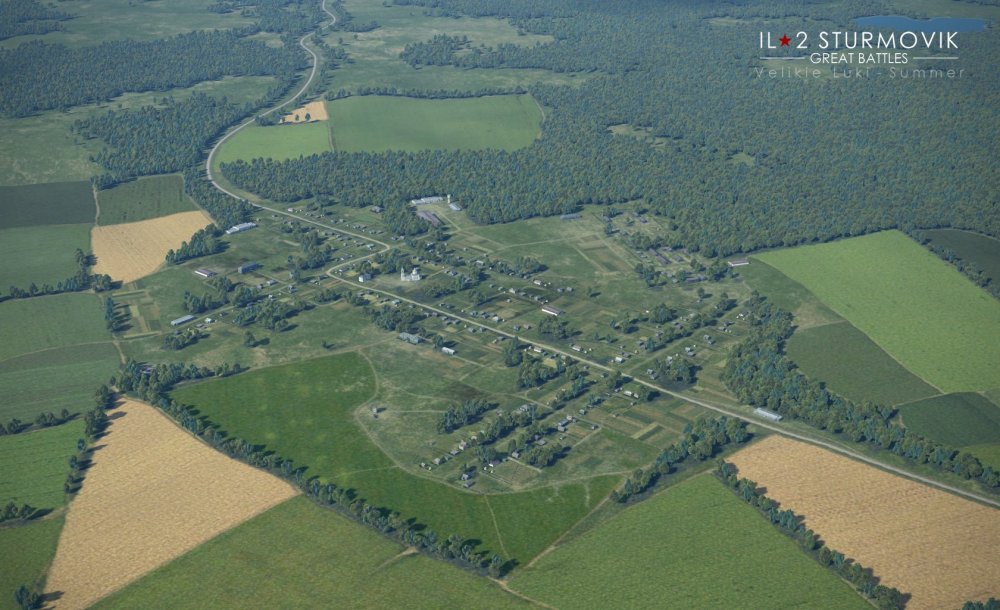 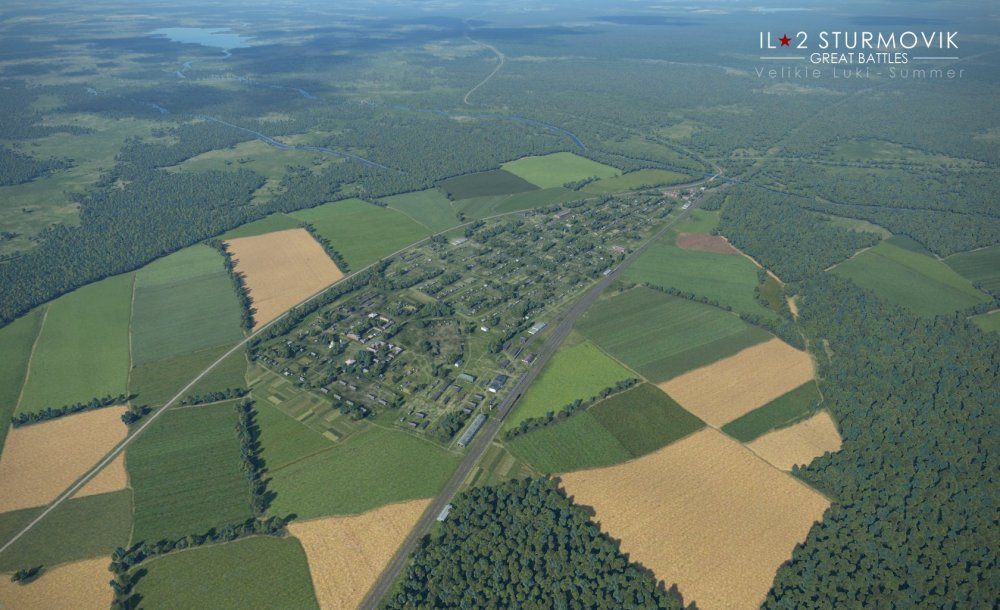 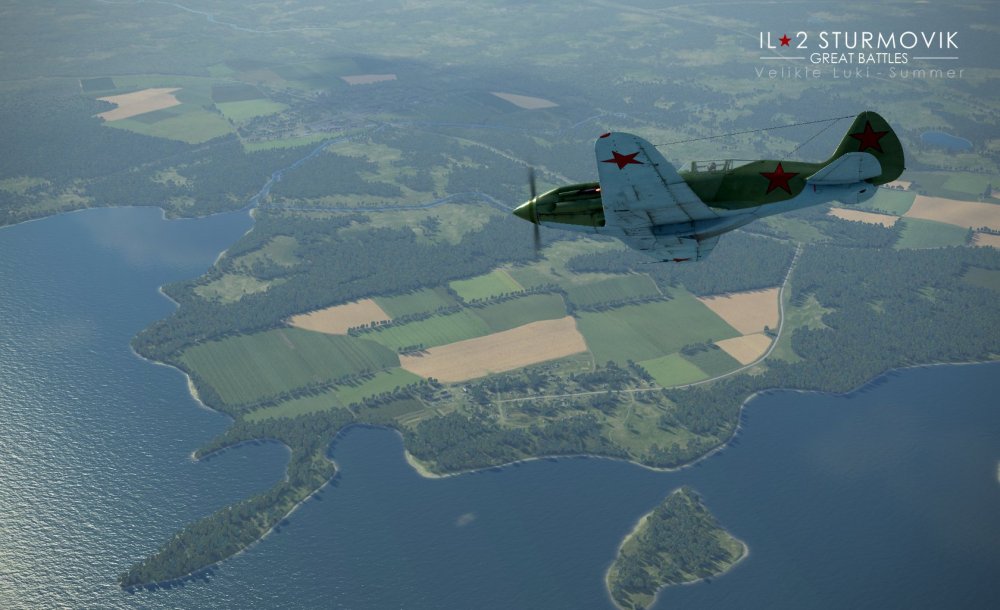 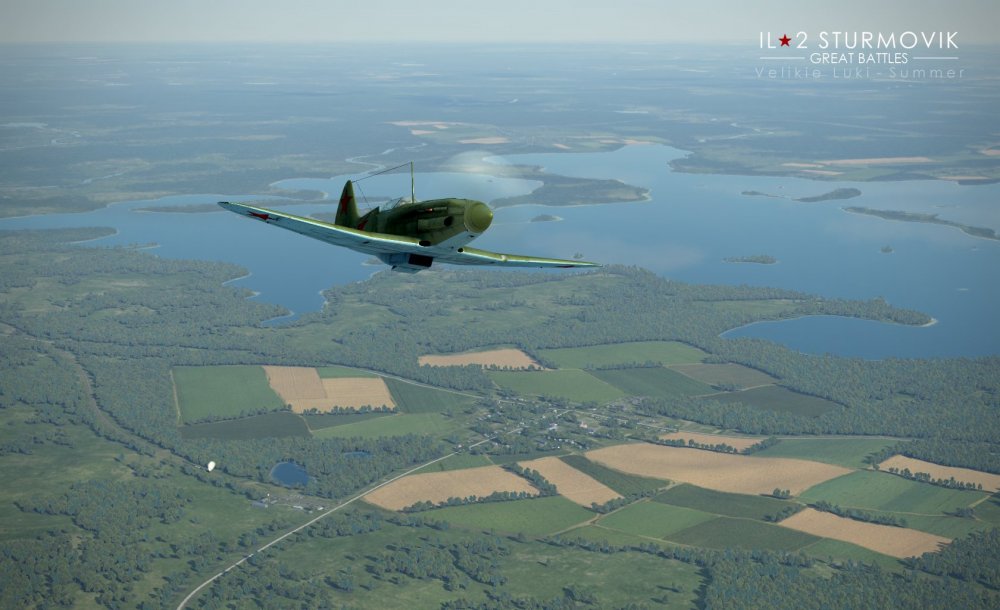 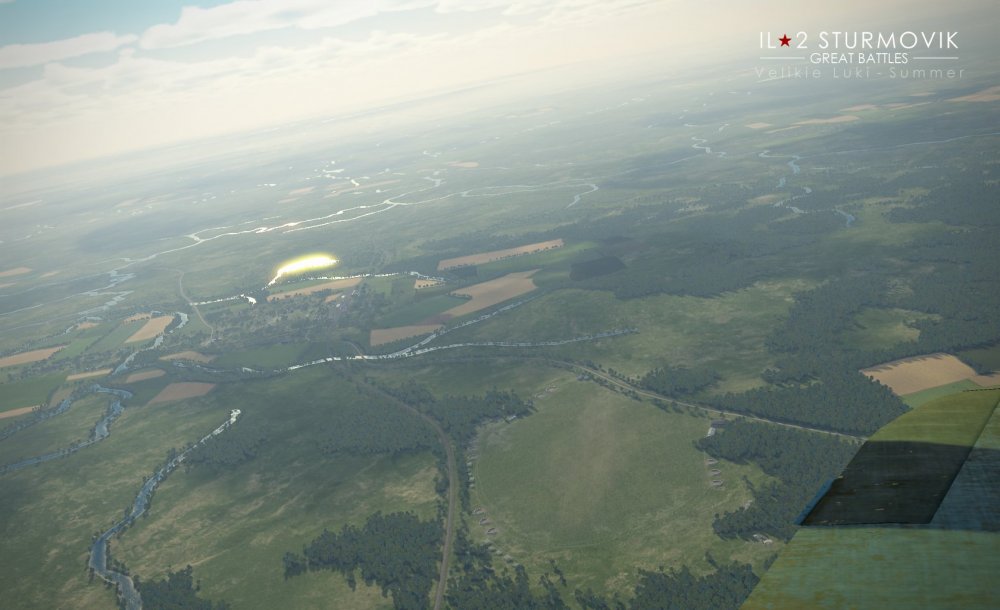 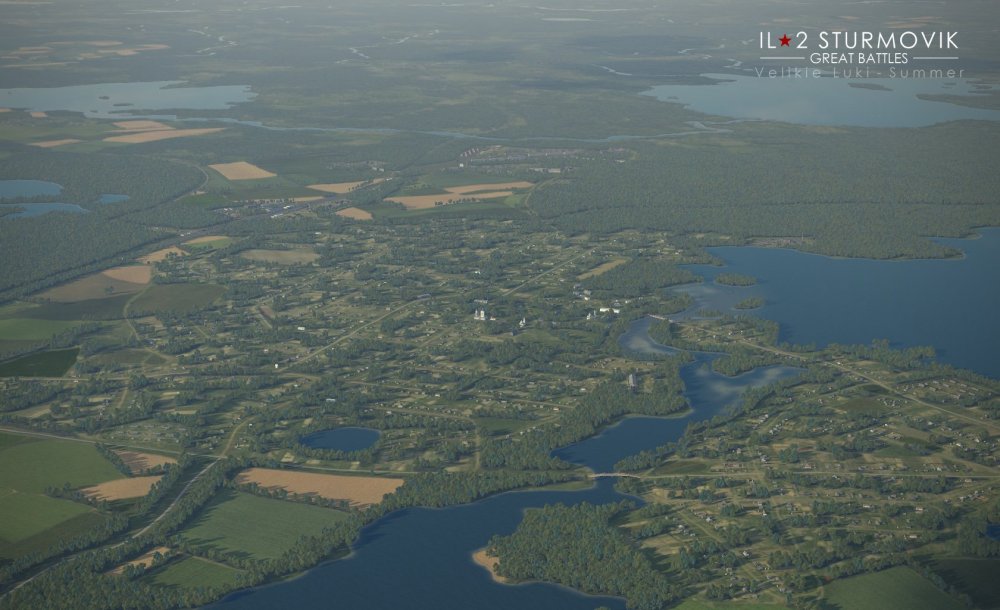 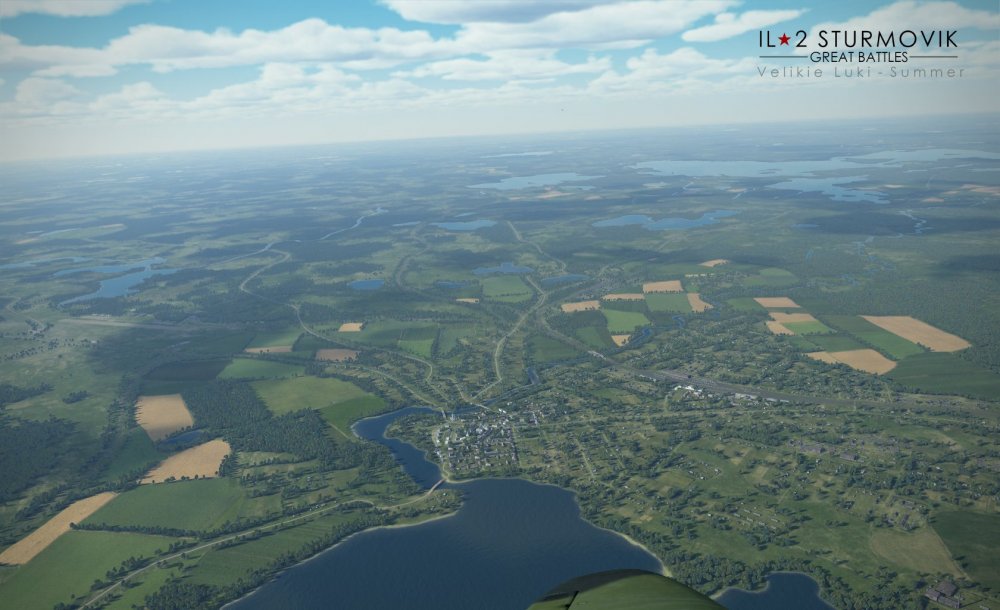 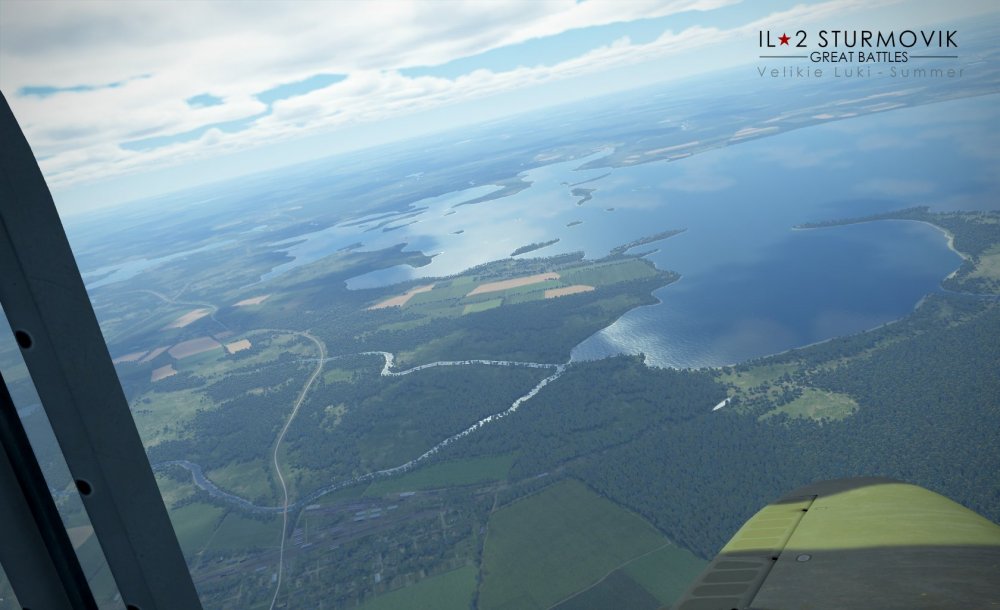 The third bit of news is that work on the Battle of Normandy is progressing, not only in terms of creating new aircraft but also in other directions. For instance, a lot has already been done in creating the map which will include some promising new technologies for our series. But it’s still early and we plan to show the progress on the development of the map later. Additionally, aircraft crews are also being created and as you already know, the G-suits worn by USAAF pilots appeared after the events of the Normandy, and therefore we created a model of an American pilot in an earlier uniform: 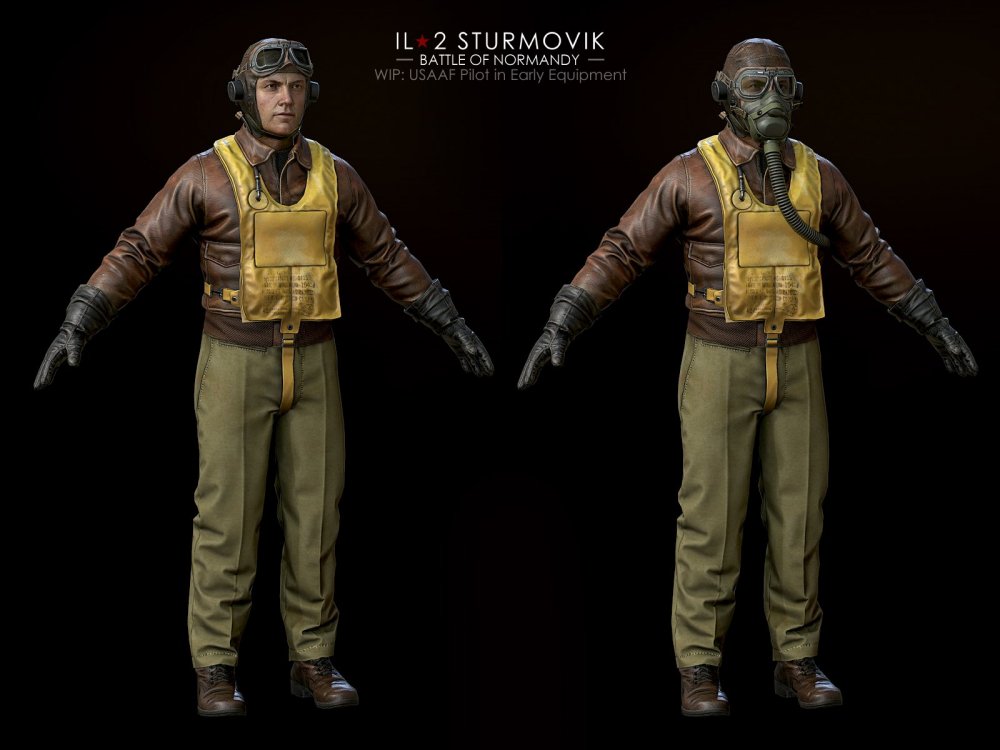 And in FIRST for the combat-sim genre - the U-2VS, Yak-1 Series 69 and Yak-1b series 127 aircraft will receive a Soviet female pilot option! We have completed the process of animating the new female pilot model and they will be available in the upcoming 4.009 update. It is these aircraft that have the greatest basis for possessing this modification because the famous "Night Witches" from the 588th Night Light Bomber Aviation Regiment fought in the U-2, and the heroic ace pilot of the Soviet Air Force Guards Junior Lieutenant Lydia Vladimirovna Litvyak and her fellow female squadron mates flew the Yak-1 and Yak-1b. Also, the U-2VS aircraft will receive new models of male pilots. 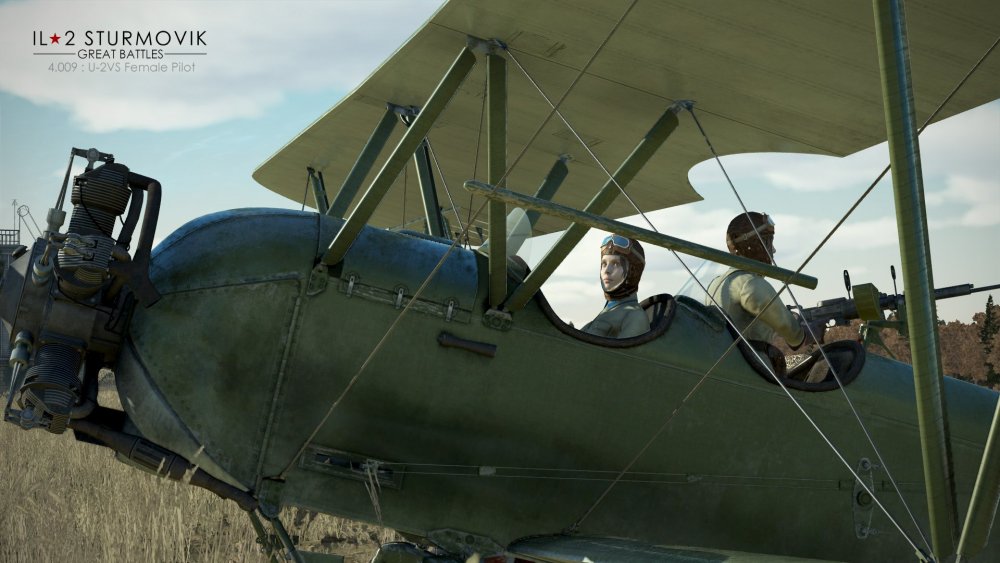 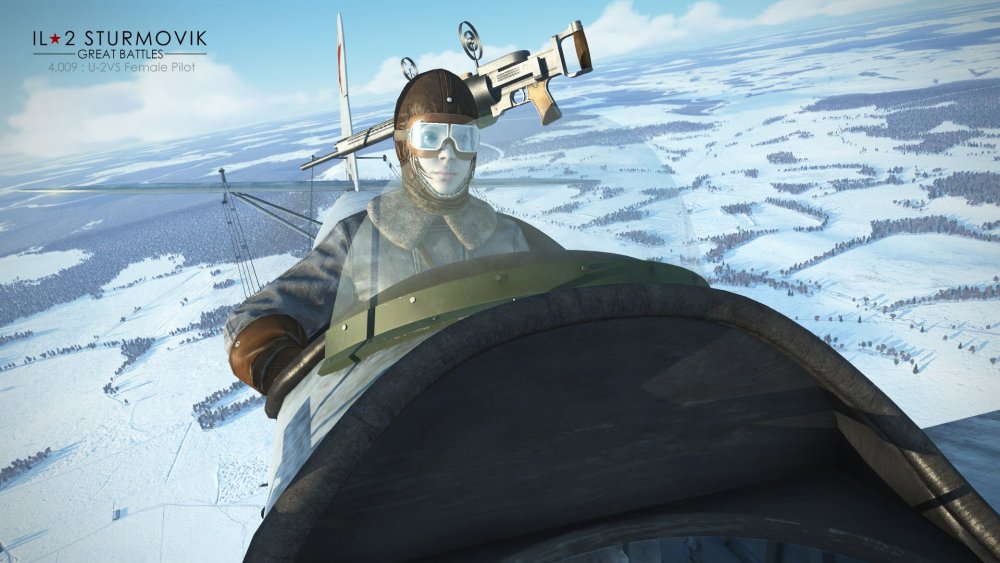 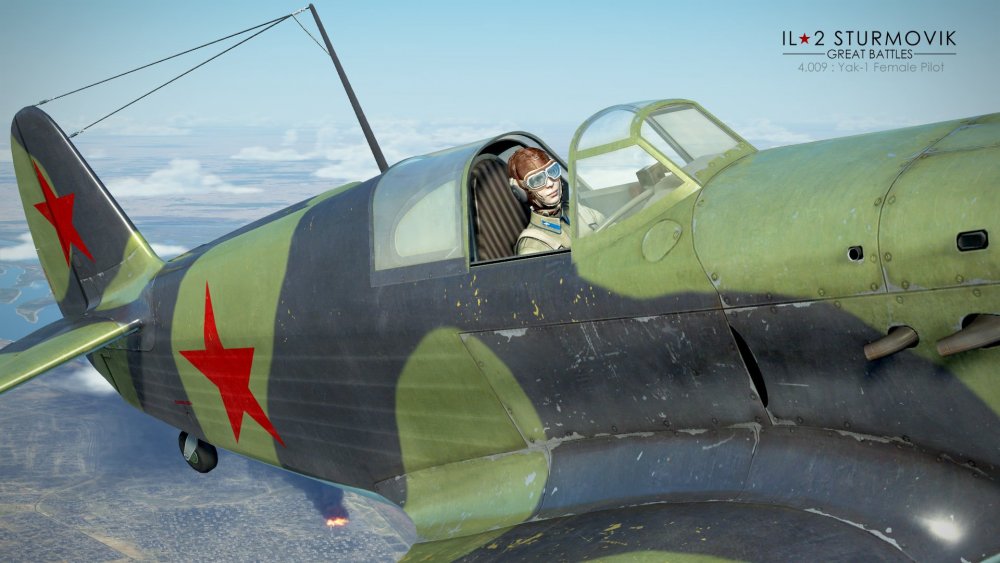 And to finish the today's Dev blog, here is the news about the "Tank Crew" project. As we said earlier, the completion of the vehicle lineup does not mean that work on improving it has stopped. Update 4.009 will introduce a lot of new features that will definitely give you an interesting new experience in our tank simulator. Drivers of the German panzers and the Sherman tank will have the opportunity to use the course director. KV-1s, Pz.Kpfw.III Ausf.M and Sherman tank drivers interact with pneumatic fuel gauges in a realistic way. The working sounds of the radio motor-generators were added to all tanks and the German tanks have the working gyrocompass sound as well. All traveling locks of turrets, main and machine guns are now animated and have sounds as well. In general, due to these changes, the sound environments inside a tank has become much richer and more realistic. DT and M2 .50 machine guns now have a working range correction setting. Other changes have been made to improve the player experience - many of you have previously expressed the opinion that one cannot fully discover the possibilities of the project due to the lack of a description of what equipment each tank has and how to use this equipment. To resolve this issue, a new "Station Notes" dialog has been implemented, which can be invoked at any time by pressing the ESC button. 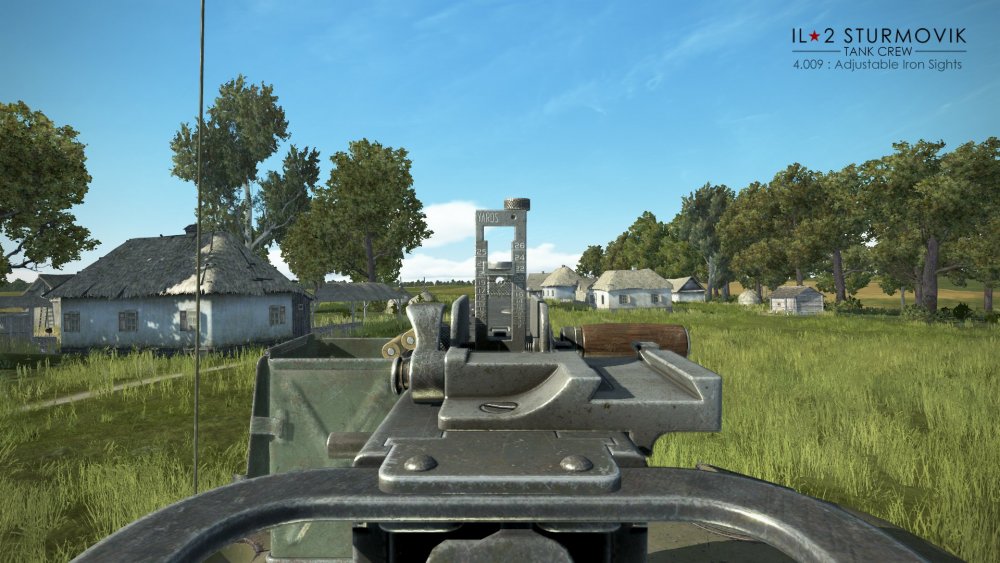 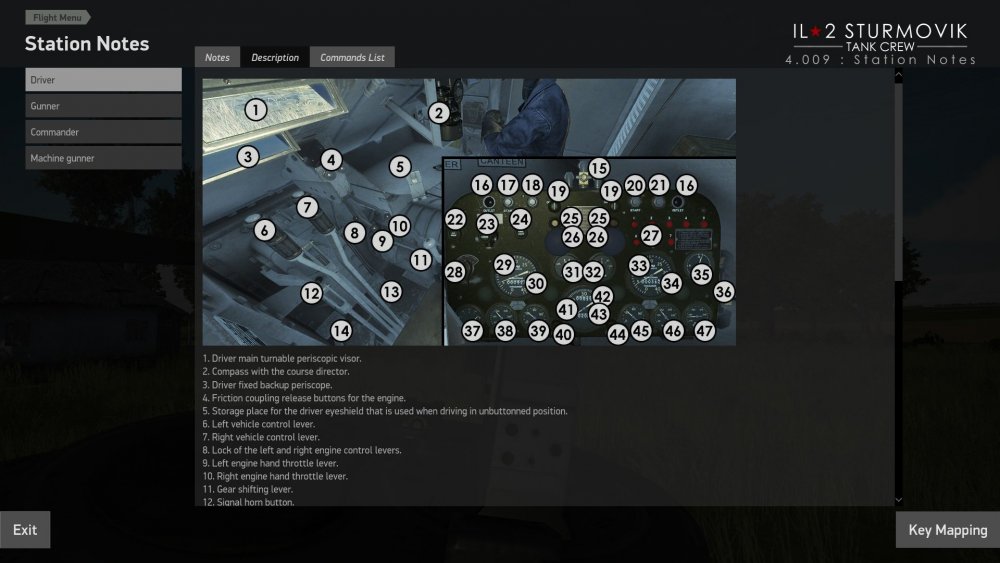 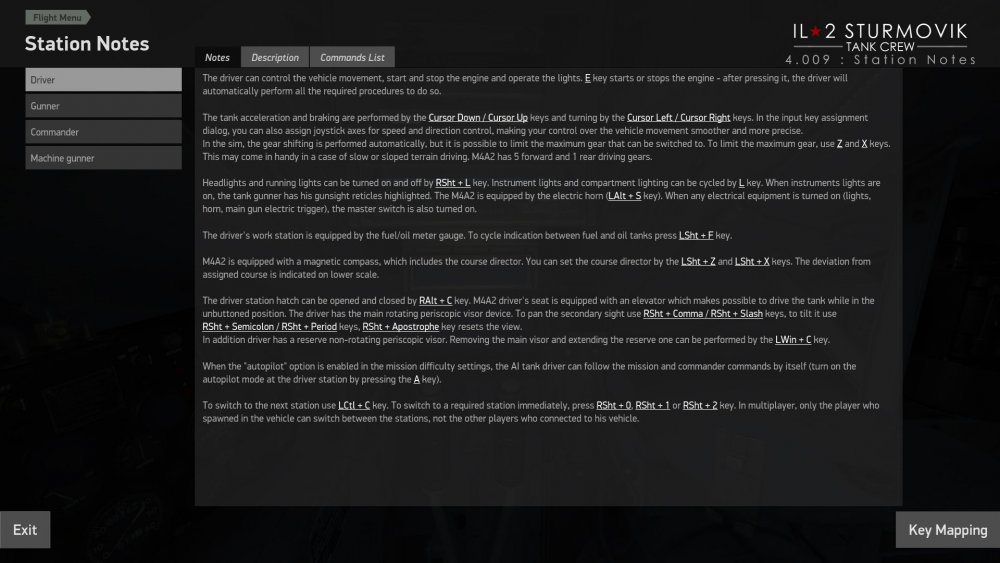 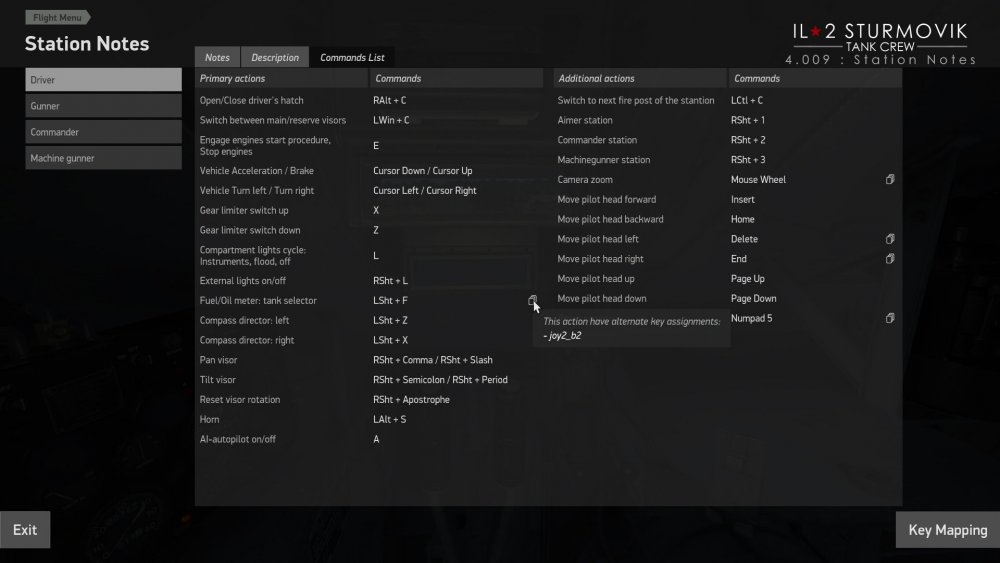