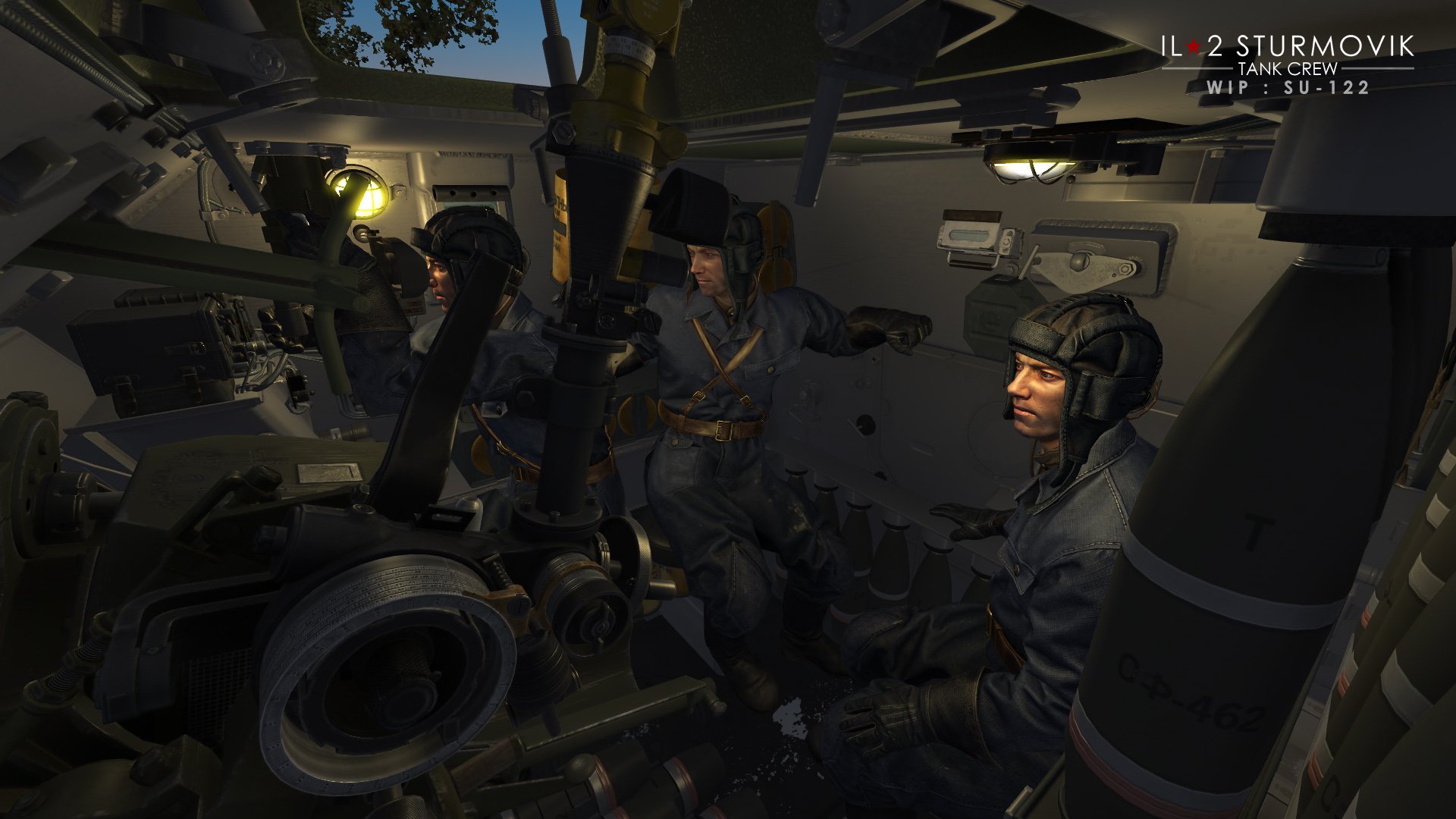 Only one week has passed since the huge release, but we're already preparing for the next update. Of course, it won't be as massive - we can't do so much each month - but it will bring a number of important things nevertheless. As we promised, we're working on improving the overall quality of the product.

First of all, we have found a way to improve the situation with the planes disappearing too early against a cloud. This won't fix the pixelization issue (it is a different matter), but we hope the coming update will address the problem when a plane can visually disappear at 2 km or so. We plan to start the work on minimizing the pixelization issue before the end of this year. Another good news is that we have managed to fix a very old problem with excessively long login into the game - if the testing goes well, in the next update you'll see your login times decrease nearly tenfold, from dozens of seconds to single digits, and the dreaded login fail error #2 should be gone as well.

We also have managed to find the cause of the random bug some of you have reported, when some planes suddenly lose their rudders in the flight. It turns out this issue is caused by the signal noise in some joystick controllers. Such noise spikes in the input cause the control surfaces in the sim to turn so sharply that their durability limit is exceeded and they are torn off by the ram air. This means that fixing this particular bug is no trivial matter - on one hand, we need to keep the durability limit of the control surfaces realistic while on another we don't want to add a new layer of filtering for the joystick axes input we have minimized so recently before. This is a very fine work involving re-checking every plane control behavior, but our engineers have done it and we plan to include its result in the next update as well.

Another important improvement is for Tank Crew users that play in VR - now you won't have to rotate your head when looking through the gunsight and rotating it using the mouse. Like most improvements for the tanks, it will be also useful for aircraft - operating turrets in VR will be easier. We're also starting the work on two other important things for the tanks (they won't be ready for the next update though) - improving the gun aiming (fixing the problem when the rotation marker 'jumps' too far) and adding the binoculars for tank commanders.

We also hope to include important AI improvements in the next update - aircraft AI should better attack the ground targets in hilly areas while ground vehicle AI should better navigate through numerous obstacles like driving through a village.

SU-122 assault gun will be the main addition of the next update. It demanded several new technologies and some of them, like aiming for indirect fire at large distances, will be added later. 122mm HE shell is very powerful since when it hits the turret its fragments can penetrate the thin hull roof armor while 122mm HEAT rounds can penetrate up to 120mm of armor, enough to engage any tank in the game from any angle. Of course, there's a catch - low muzzle speed and narrow range of vertical adjustment of the howitzer (+-10°) make aiming at large distances a nontrivial matter. The 45mm front armor inherited from T-34 tank the assault gun is based on (and the fact that its slope is less than on T-34) make the face-off with enemy heavy tanks very difficult. At least this task is much more realistic than engaging them having only a 76mm gun at your disposal. 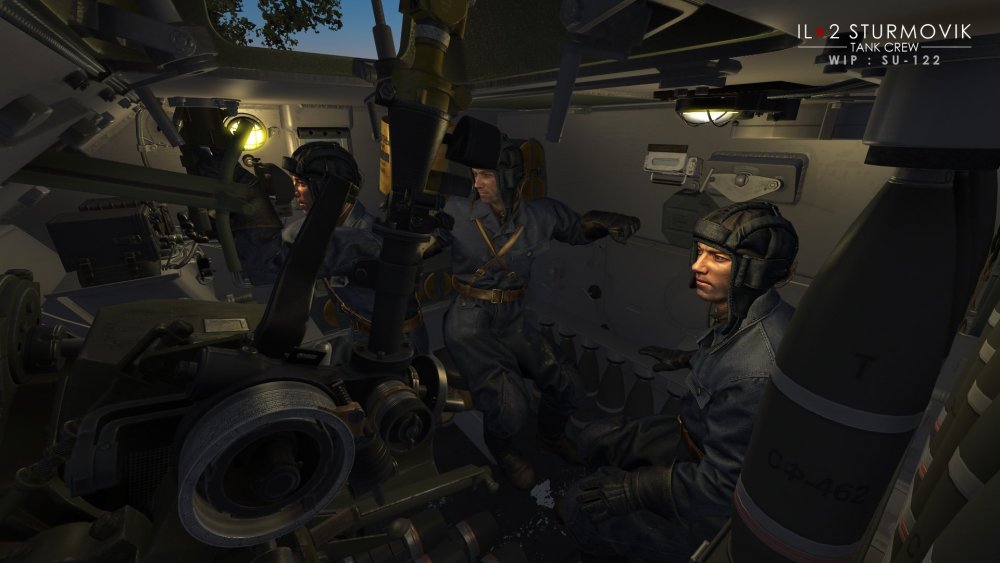 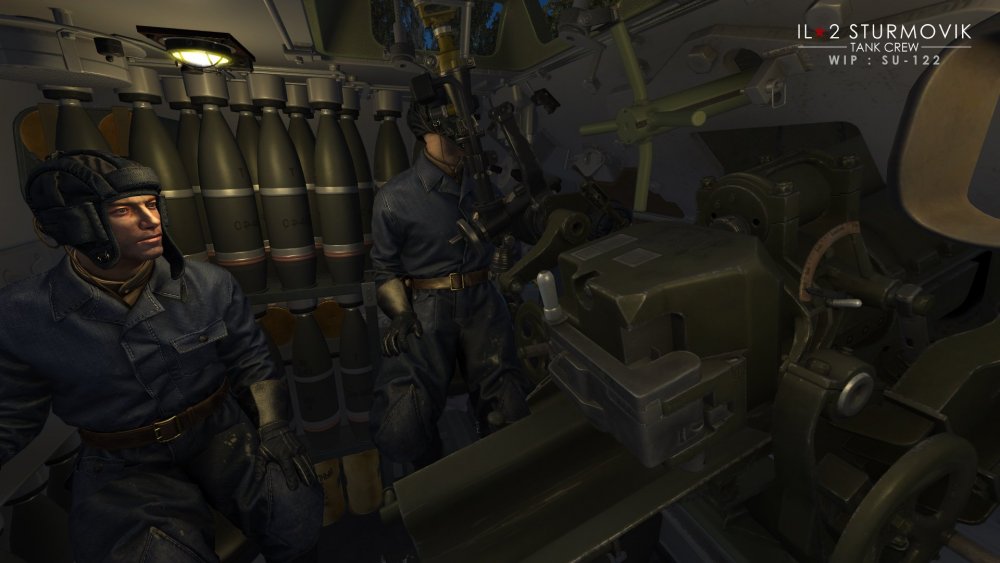 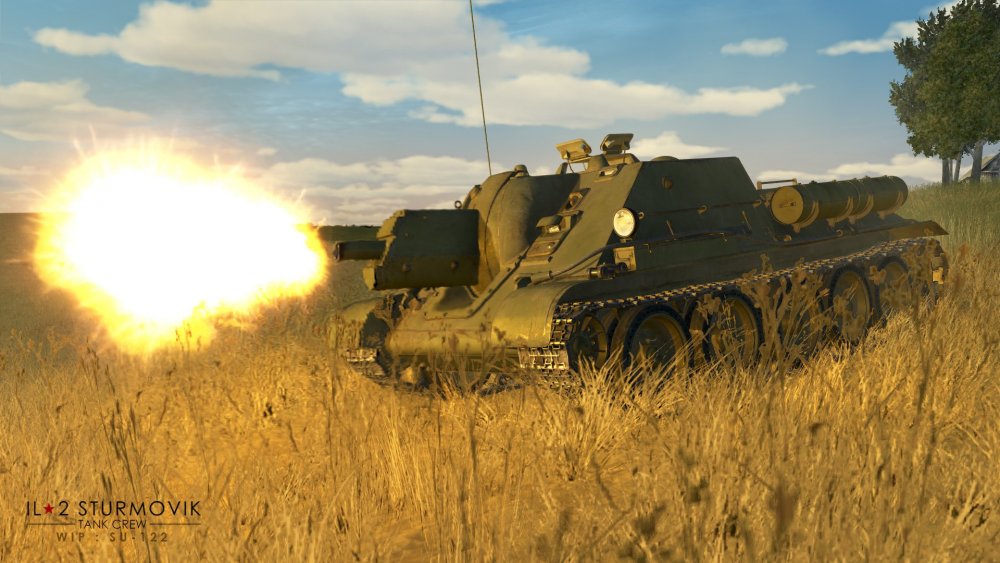 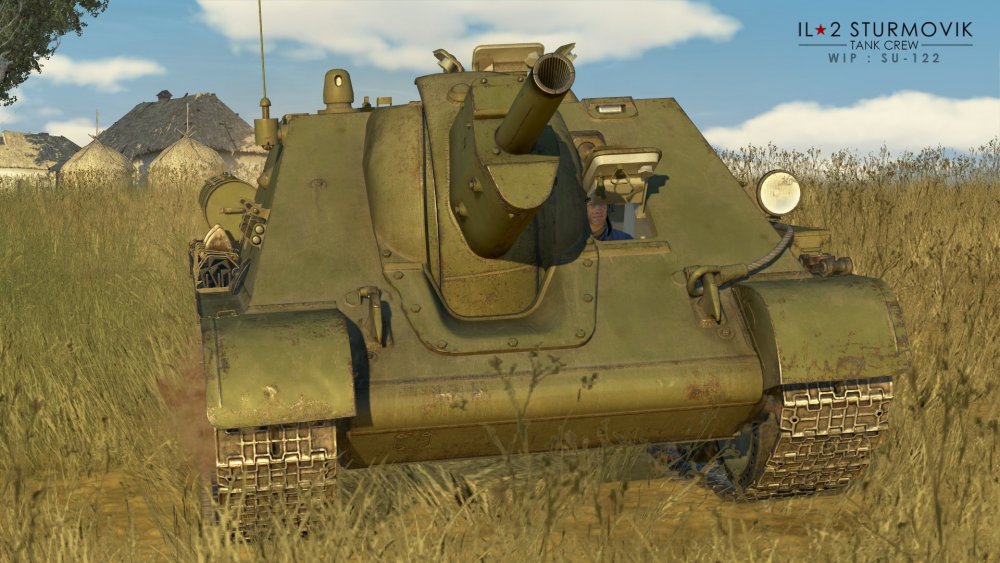 The work on another cat in German arsenal, Pz.Kpfw.V Ausf.D "Panther" is underway as well and we hope to have it ready for the release before the New Year. Here are several WIP screenshots from our partners at Digital Forms: 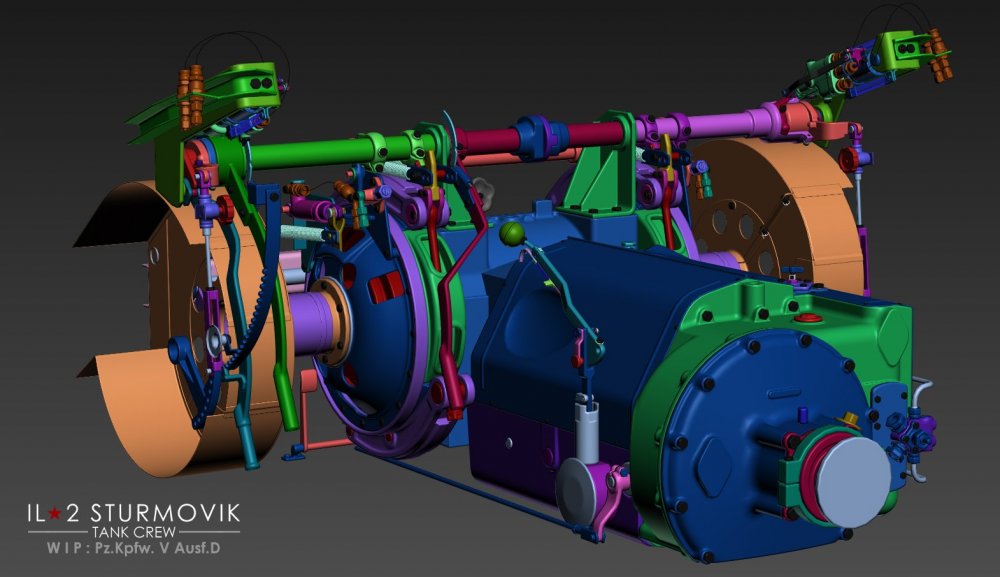 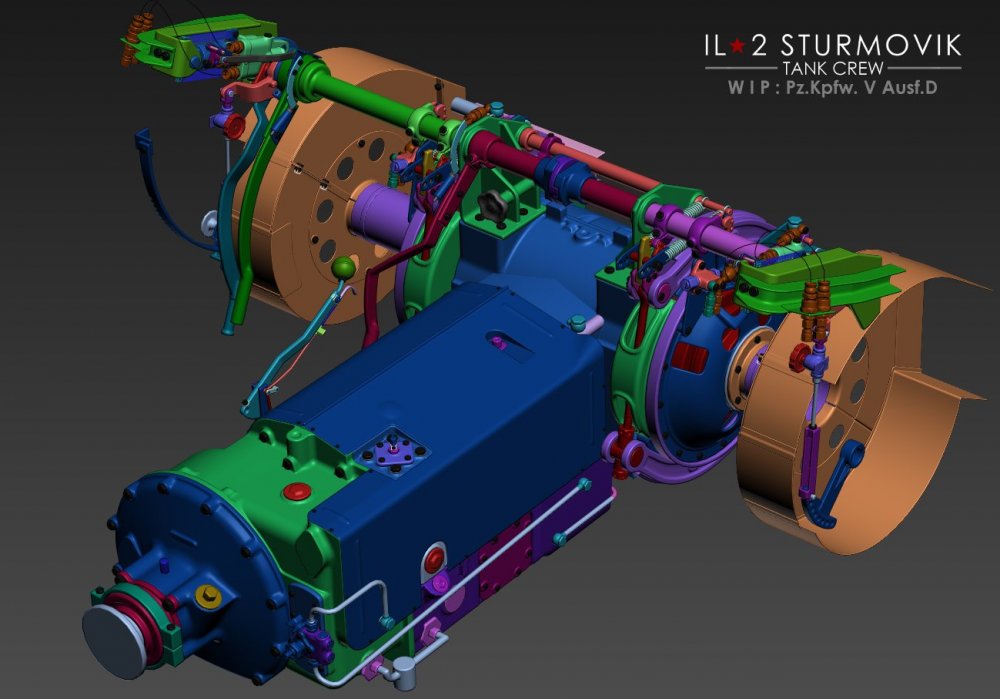 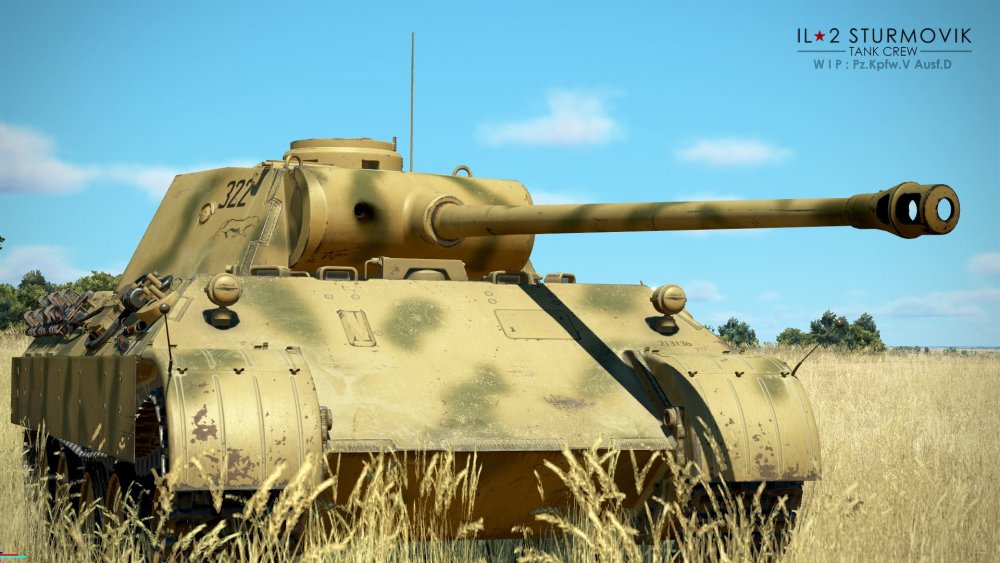 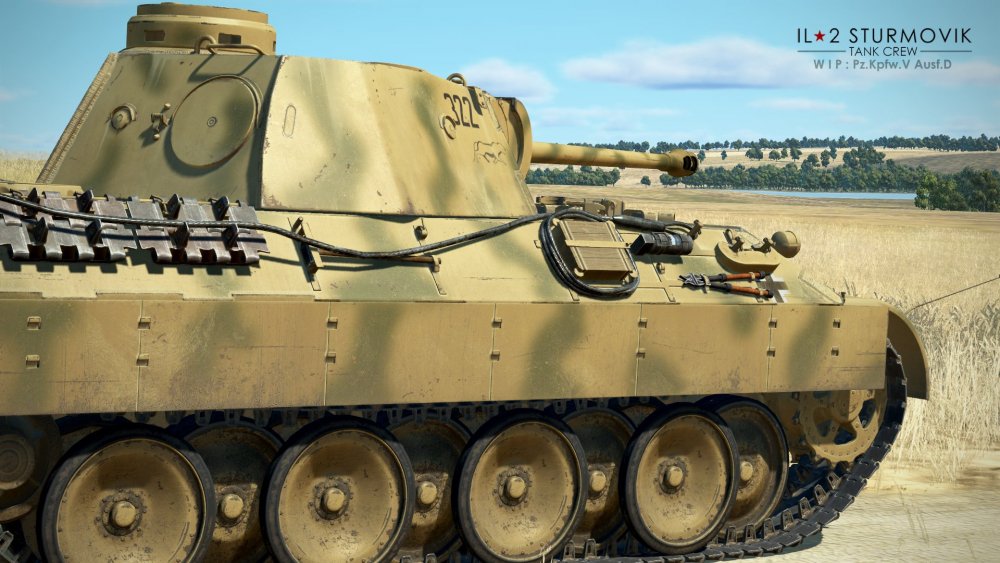